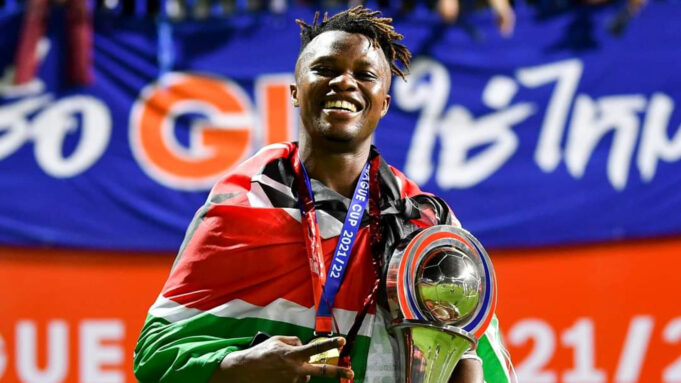 Timbe has barely featured for the side this season owing to an injury and despite winning a treble with the club last season, there are reports that both parties have decided to end their association on a mutual agreement.

90mins reports that both Buriram and Timbe came to an amicable agreement to part ways with an official statement expected before the week ends.

Timbe last appearance for Buriram came earlier this month in a Cup game against Samut Prakan City where he was amongst the goalscorers in the 5-1 win; the player having made a total of 13 appearances for the club in the league since arriving in 2021.

It won’t be the first time Timbe has terminated his contract with a team after cutting short his stay with Japanese side Vissel Kobe after just a five-month stay. He was to join Buriram in December 2021 and helped them to a treble.

Timbe spent most of his youth career in Belgium but since leaving the European nation in 2018, he has gone to represent five teams which include Chines side Beijing Renhe and HLJ Lava Spring, English Championship side Reading FC, Vissel Kobe, and now Buriram.

His contract at Buriram was expected to end in May 2023.