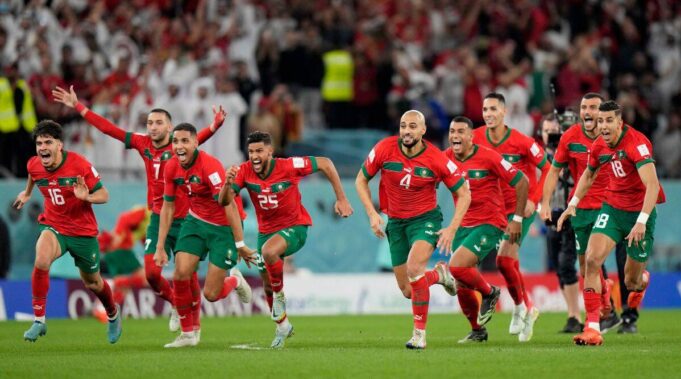 African side Morocco is yet to reap handsomely after reaching the quarterfinals of the 2022 FIFA World Cup.

The Atlas Lions eliminated favorites Spain in the round of 16 on Tuesday on post-match penalties after a goalless draw in over 120 minutes.

Also Read: Samuel Eto’o explains why he kicked a fan in Qatar

By reaching the quarterfinal, Morocco is guaranteed to get $17m (Apprx. KES 2.08B) with the other teams like Spain, South Korea, and Switzerland who were eliminated in the last 16 set to receive a sum of  $13m (Apprx. KES 1.5B).

All the teams that were eliminated from the competition in the group stage will be entitled to $9m (Apprx. KES 1.1B).

There have been reports that the Moroccan FA is set to reward their players handsomely for making it to the Quarterfinals of the competition with an additional bonus set to be availed to the players should they make it to the semis where Portugal stands in their way.