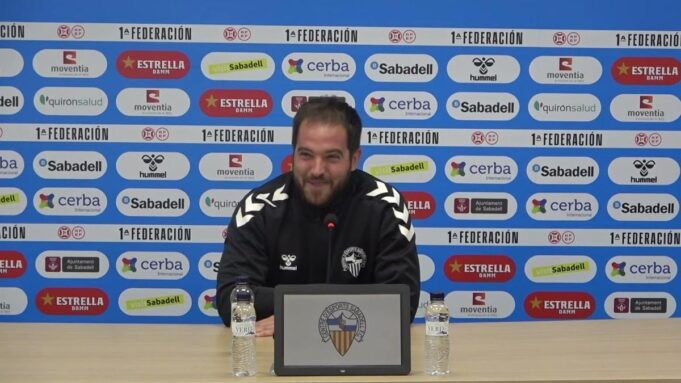 Harambee Stars midfielder Ismail Athuman Gonzalez will have a new coach after his side Sabadell FC appointed Miki Llado as their new head coach until the end of the season.

The club sacked coach Gabi Garcia early in the week following a spate of poor results and has now tasked Llado with leading the club to safety are they are placed third from the bottom.

In a statement, the club noted: “The Sabadell Sports Center has chosen Miki Lladó, born in Sant Cugat del Vallès 33 years ago, to lead the harlequin team until the end of the season.

“After analyzing several candidates, he opts for a profile that knows the house, and the staff and that presents a brilliant career during his time at the club. Before arriving at the Sports Centre, Lladó led the Anantapur Sports Academy project in India for four years. In addition, during the 2018-2019 season, he was the first manager of South United FC to qualify for the Hero I-League.”

Llado has been in charge of the club’s youth team and led them to the promotion and finished in sixth place in the top category of national training football the next season. He has been an interim coach of the first team for a short period of time last season.

He then left briefly for the United States and returned to CE Sabadell this summer to assume the position of the second coach of the first team.

His first task will be to lead the team on January 8, 2023, when they come up against Athletic ClubII.