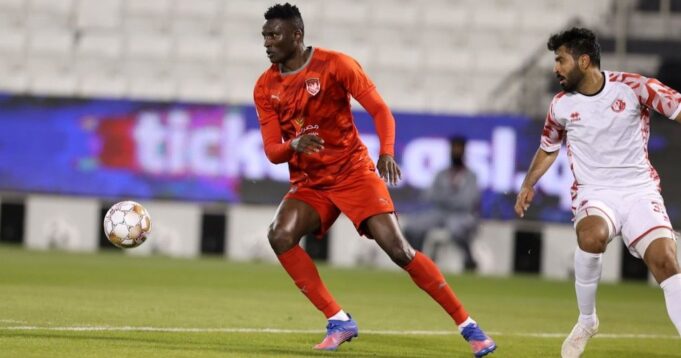 Duhail came into the game on the back of four consecutive wins as they aim to topple Al Arabi from the top of the log. While hosts Shamal forced a goalless draw in the first half, Olunga was to open the scoring proceedings a minute past the hour mark before doubling is and Duhail’s tally seven minutes later.

The win sends Duhail back on top of the league with 23 points after ten games; a point below second-placed Al Arabi who have played a game less. The brace sends Olunga’s tally of the season to nine goals, to head the top scorers’ list. Next for Olunga and team is a test away to Al Wakrah on January 30th, 2023.

On Sunday, Ochieng Ovela was introduced in the 74th minute as Richards Bay held Supersport United to a 1-1 draw in the South African Premier Soccer League; the same day seeing defender Joseph Okumu featuring in the entire game as Gent beat Sint-Truiden 3-0 in the Belgian top flight.

Blow for Juventus as club is docked 15 points