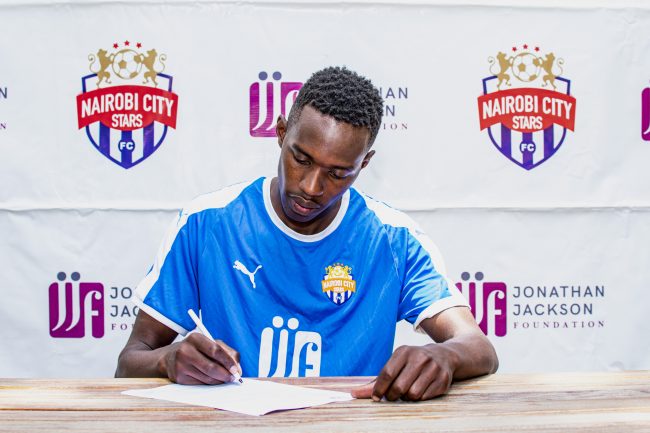 Nairobi City Stars have roped in their third new player in the window after confirming that 20-year-old Kola Oyaro was joining the team from Kenya School of Government (KSG).

The club said of the signing: “Ronny has very impressive midfield defensive qualities that our scouts noted while he was playing at Chapa Dimba.

“He is a good addition to our setup and we are now giving him a platform to further develop his skills at City Stars. We welcome him on board.”

On his part, the player said: “It has been my dream to feature for a big club and it therefore excites me to join City Stars.

“First is to thank KSG for nurturing my skills over time and I want to make full use the chance granted to me by City Stars to up my game to the highest level. I thank them for handing me this rare opportunity.”

He joins Rowland Makati from Vapor Sports and Timothy Ouma from Laiser Hill Academy as the new faces in the team.