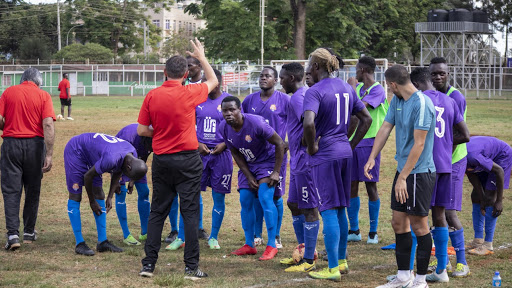 Nairobi City Stars head coach Sanjin Alagic has finally opened up on the racist allegations that were placed on him by the Vihiga United team.

Alagic had been accused by his Vihiga counterpart Sammy Okoth of racially abusing his players during their Round Six Premier League game hosted at Utalii Grounds with the match ending in a 1-1 draw.

The Bosnian who left the country for the December holidays before returning to lead the team has finally released a statement on the incident insisting that he didn’t utter any bad word to their opponents.

“Over the past two weeks I have kept silent, but I have been raging inside. I am hugely grateful for my players and my club, for supporting me and for not being afraid to tell the truth in public,” the statement as replayed by the club said.

“Football is an emotional sport as we all know, and the referee as well as everyone else in the ground will have known that I was not happy. Our owner and chairperson, Jonathan Jackson, came up to me and asked me to calm down, which he was correct to do. I consequently did.

“When I heard about the allegations, my initial reaction was absolute shock. I did not have communications with the opposition, and I certainly didn’t say what I am alleged to have said. The fact that anyone has even suggested that these words could come from my mouth is hurtful, disrespectful, and a complete lie,” the statement continued.

City Stars are currently placed seventh with ten points and come against Sofapaka FC in their next match.