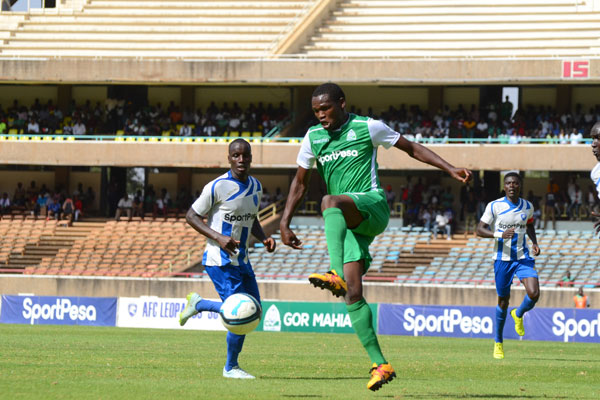 Fans might be allowed to attend the Mashemeji Derby between arch-rivals Gor Mahia and AFC Leopards set for February 7, 2021.

Since the start of the season, the Ministry of Health has kept fans away from games with only a few number allowed to grace games but according to a source from the Federation, they have been in talks with the government to allow a bigger number in the weekend game than what they normally accept in grounds.

The game is set for the 60000 capacity MISC Kasarani and the source intimates that the federation wants the government to allow at least half that number on the particular day with the final decision set to be communicated on Wednesday.

Leopards have started the season in some fashion where they are currently placed fourth with 18 points; just five points below leaders Tusker FC who have played two more games.

Gor Mahia on the other hand have been blowing hot and cold but despite being sixth with 15 points, their win in the weekend against Bandari away from home has given them he belief that they can beat their arch rivals as they seek to send a message in their title defence.