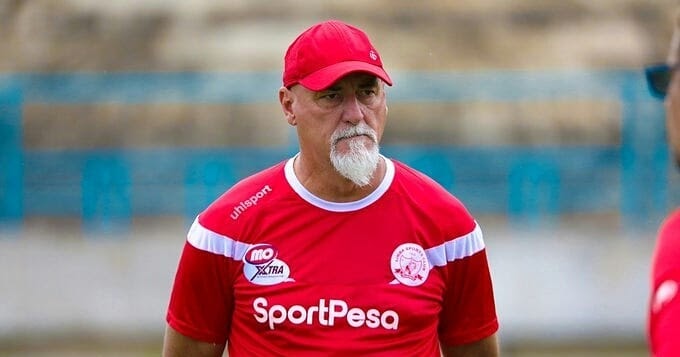 Aussems is set to take over from Thomas Trucha who left the club in December after claiming that his lofe was in danger only to sign for Malaysian side Penang FC.

Since then, Anthony Kimani has been in charge of the team where he has had a good start to the season with the team currently sitting on position four on the log with 18 points; five points below leaders Tusker FC who have played two more games.

Should they sign Aussems, they will be getting a coach who ahs a vast experience in the Africa continent with his last job being with South Africa Premier Soccer League side Black leopards who sacked him late last year.

Away from Africa, The Belgian who started his coaching career in France with Stade Beaucairois has been able to work with Stade Reims, SCP Angers and Evian all in France, Shenzhen FC and CD Blades in China, Nepal national team and Marbella United in Spain.

Why Bolton Omwenga is yet to play for Bishara United