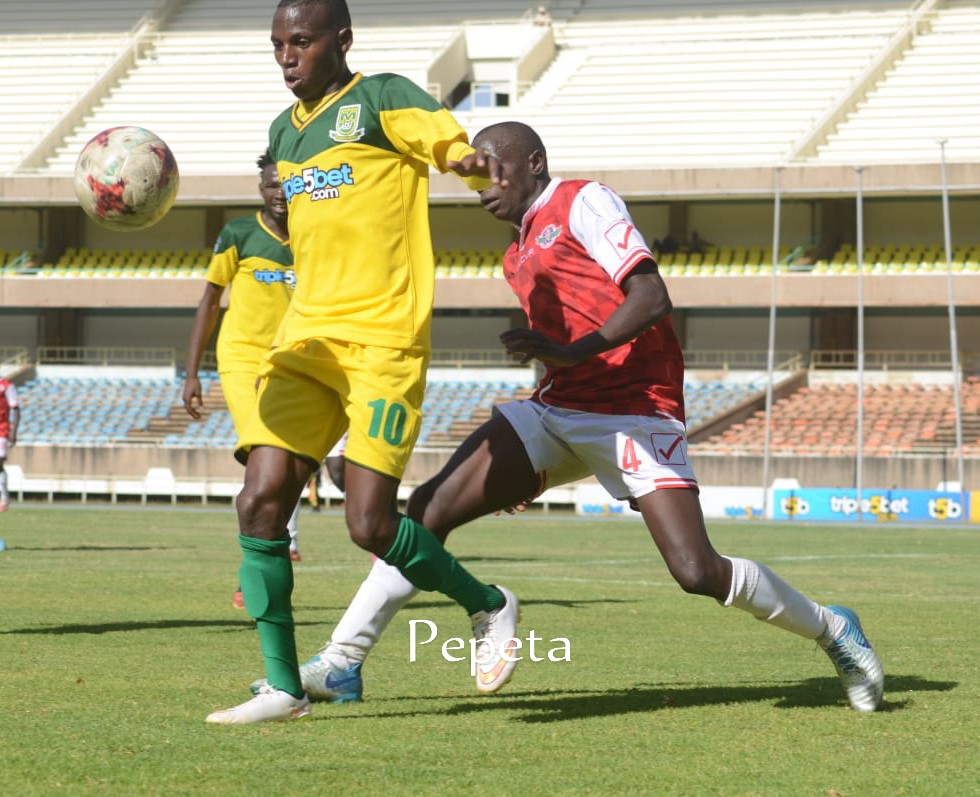 Junior Mukisa scored with virtually what was the last kick of the match as Western Stima came from a goal down to hold Mathare United to a 1-1 draw in a Kenyan Premier League match staged on Thursday afternoon at the MISC Kasarani.

After a scoreless draw in the first half, Daniel Otieno was to give Mathare the lead with five minute remaining on the clock for his fourth goal of the season but Mukisa had other ideas when he was to nod the equalizer minutes to full time.

The game was Abdalla Juma’s first as Stima manager after he was appointed this week to replaced Paul Ogai; the draw doing less to elevate them top of the league as they maintained their 16th position with six points.

On their side, Mathare United remain second from the bottom a point behind Stima even though they have played three games less than their Thursday opponents.