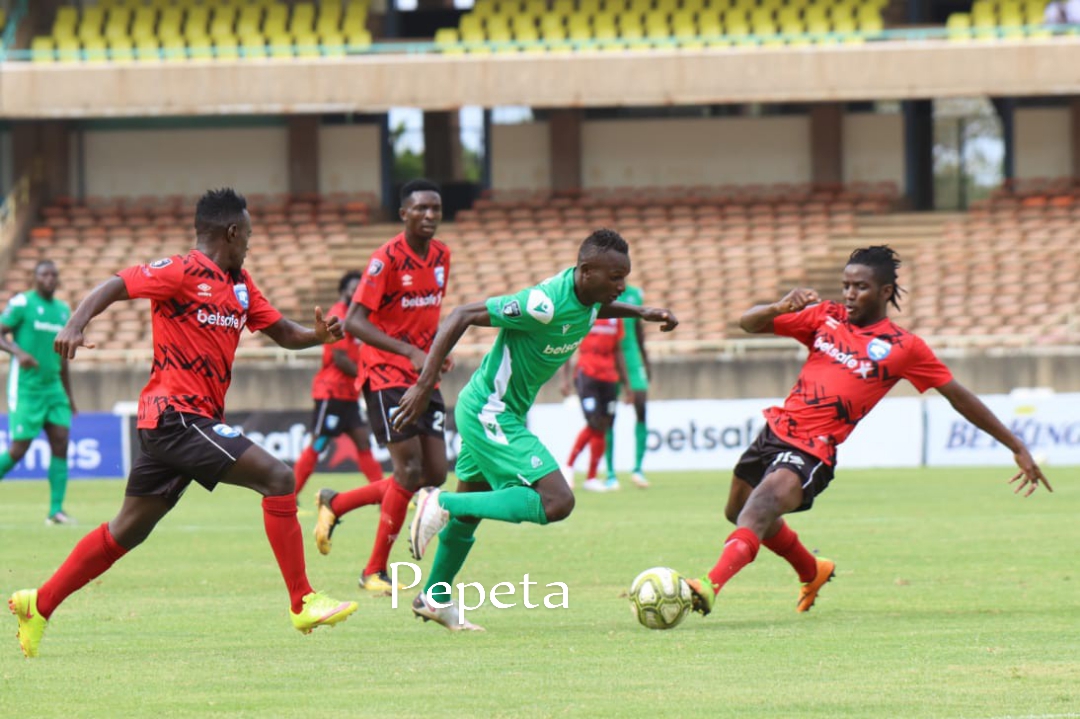 AFC Leopards and Gor Mahia battled to a goalless draw in the much anticipated 89th Mashemeji Derby hosted at the MISC Kasarani on Sunday 7, February 2021.

Leopards had come to the game on some good form but the first-half display was to be dominated by their arch-rivals. The host’s attacks were to come from captain Kenneth Muguna and it seemed that Leopards had prepared for the same by deploying Collins Shichenje to closely monitor the former Western Stima man.

Also Read: Being my own Fan

Despite the earlier look warm exchanges, Mahia had the chance to take the lead earlier on but both Jules Ulimwengu and Muguna himself missed chances when the visitors defence had gone napping.

Leopards had one major chance that came through Elvis Rupia but his effort was wayward off-target to trouble Boniface Oluoch in the Gor goal. Shicheje was to be booked for bringing down Muguna but it did less in changing the scoreboard in the first half.

In the second half, coach Anthony Kimani was to bring on Harrison Mwendwa and Peter Thiong’o for Austin Odhiambo and Marvin Nabwire. Despite the changes, it was Gor who still had the lion’s share of possession with Leopards getting away with a wrong call from the second assistant after Muguna had put Nicholas Kipkirui through.

Chris Alfa was the next to come close but his feeble shot was too easy for Benjamin Ochan in the Leopards’ goal. Kimani was to make his third change of the afternoon on the hour mark with Eugene Mukangula replacing Collins Sichenje. Gor Mahia were to react to the changes by introducing John Macharia and Clifton Miheso for Jules Ulimwengu and Samuel Onyango respectively.

The absent Rupia was to come with a long range effort late on and despite Mahia bringing on Tito Okelo for  Kipkirui late on, the game seems to have already been decided.

In another game of the day, Bidco United recorded a 2-0 win over hosts Zoo FC at the Kericho Green Stadium.

Zachary Gathu had given the league newbies a 34th minute lead with Juma doubling their tally four minutes past the hour mark.