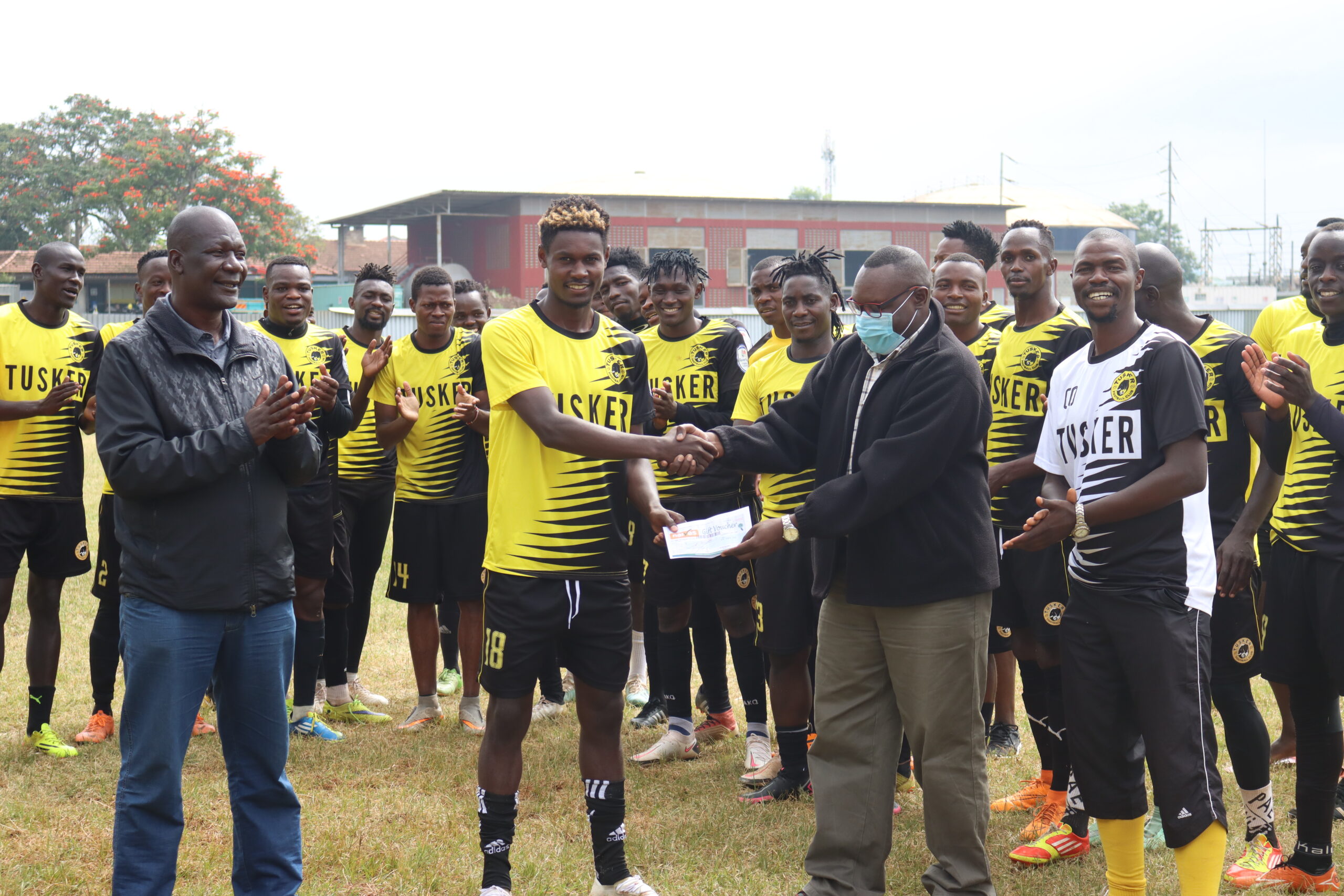 Striker Henry Meja has been named as the Tusker best player for the month of January.

Meja who received a maiden call up to the Kenyan National Team Harambee Stars last week has started the season in some fashion where he has netted four goals while provided one assist in the month.

Speaking about the award, the 19 year old said: “First I want to thank God and my teammates for the award. They have helped me and pushed me to work hard.

“Our aim is to win the league (title) this season and so far everything ahs gone well. The morale is good and we still have to work hard. I have studied and played with some of the players here so they’ve helped me a lot. I just need to work had in ensuring that I help the team achieve its goals.”

On his part, head coach Robert Matano said of the player: “I am personally happy for him but this award should not go into his head. I think the recognition will spur him to work hard and achieve more. He should forget that he has won the award and start again. He got it through good performance and I hope he continues doing that.”

By winning the accolade, the striker pocketed KES 10000 shopping voucher with the club set to make it a standard practice all through the months as they seek to motivate their players.