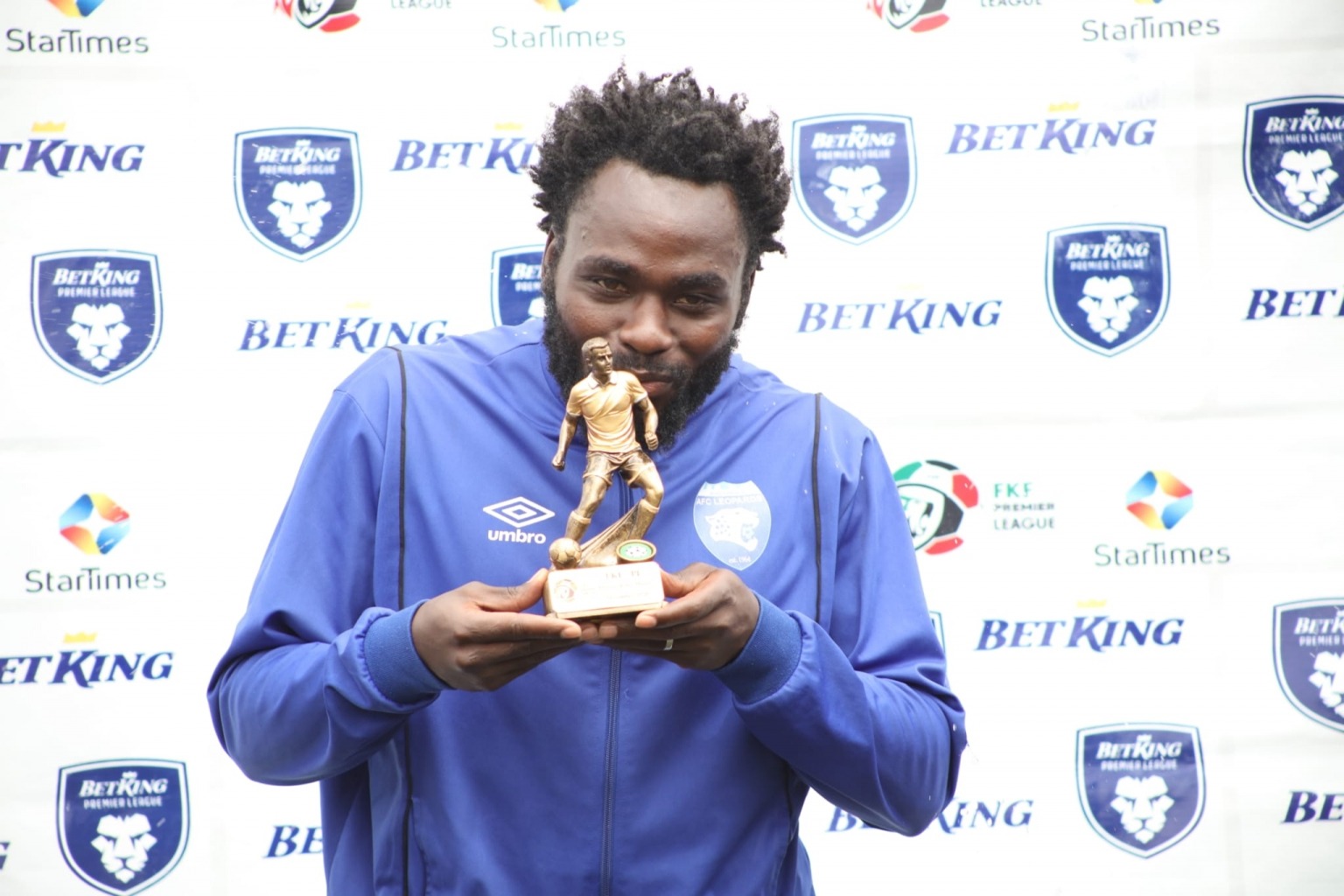 AFC Leopards striker Elvis Rupia has been named as the best player the Kenyan Premier League had to offer in the month of December.

The former Power Dynamos man netted five goals in the month with an early strike coming a month earlier against Tusker; the latter being the only game played in the month of November.

Also Read: Napsa Stars coach not pleased with their reception in Kenya

In the month Rupia started with a brace against newbies Bidco United before following it with a hat trick against Sofapaka before finishing the month without a goal in their shocking loss to Western Stima.

In the awards that took place in the team’s training ground on Friday, KCB keeper Joseph Okoth became second after conceding just one goal in that month with Kariobangi Sharks striker Eric Kapaito coming third after grabbing four goals and two assists in four matches.

The award came with a personalized trophy for the former Wazito man with a cash prize of KES 50000.

Also Read: Kenyan striker yet to move to Japan due to travel ban