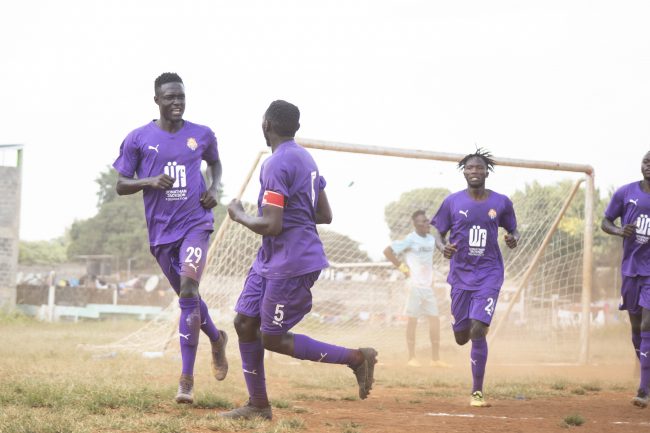 Sanneh brace in the club’s weekend 4-1 win over Mutomo Tigers in the FKF Shield took his club tally to 32 this outing surpassing club legend Arthur Museve who scored 31 goals for the club when he represented the Kawangware based side between 2007 and 2019.

The 32 goals means that Sanneh is just three goals away from becoming the club’s leading goal scorer with Justus Basweti (35) and Francis Thairu (34) the only players above him in the club’s scorers chart.

In Cup games, the former Kariobangi Sharks man has six goals after bagging four earlier in a 6-0 whacking of Transfoc FC back on 20 June 2015; the feat putting him three clear of club legend Justus Basweti in Cup games.

Sanneh has a chance of closing on that feat starting with their league game against Zoo FC on Saturday 20 February 2021 at Kasarani.

Note: Sanneh’s two (2) leagues goals – one against Kenya Police on 14 Apr 2019 (abandoned at 1-1, later awarded to Police as 2-0) and Northern Wanderers on 28 Sep 2019 (ended 6-0 but later Wanderers were expelled from the league with all their results expunged from the table) not included in his overall tally.