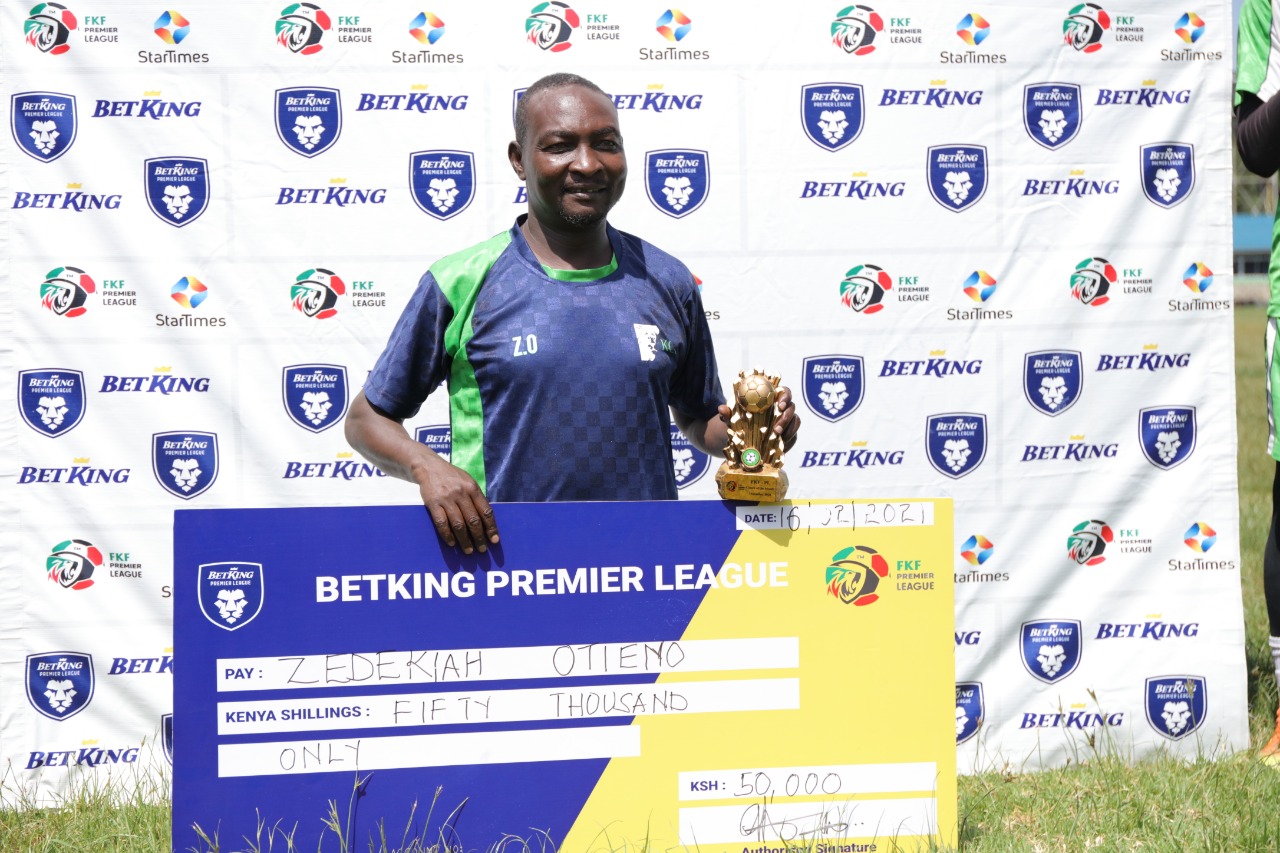 KCB FC manager Zedekiah Otieno has been named as the best Premier League coach for the month of December.

The bankers started the season with a 3-0 win over Posta Rangers and continued with the same outing in December where they managed to win all of their four games conceding just one goal in the process.

Since the start of the season, the team has lost only one game (against AFC Leopards in January) and currently sits second on the log with 25 points; just a point below leaders Tusker FC who have played one game more.

The bankers are the team with the least conceded goals having only allowed four goals in the ten games they have played and will hope to continue with the same good streak when they take on Nzoia Sugar FC at the Sudi Grounds in their next game.

The award comes with a personalized trophy with a token of  Ksh. 50,000.