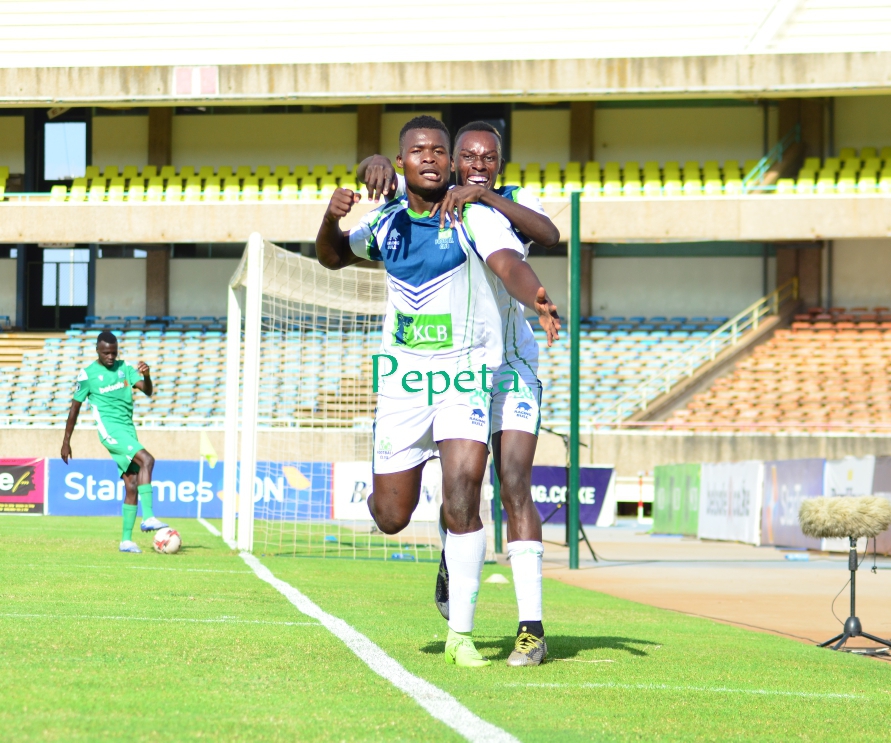 Gor Mahia suffered another loss after going down 0-2 to KCB FC in a Kenyan Premier League game staged on Sunday 7, March 2021.

Gor Mahia came into the game on a back of a morale boosting win over Kakamega Homeboyz and a win on the day would have placed them in a better position as they aimed to maintain pressure on the leading pack.

The first half was a cagey affair with Mahia trying all they could to get that elusive goal but every time their tried to penetrate through Kenneth Muguna, who in many occasions was doing all to find Silva in the team’s attack, the bankers rearguard stood their ground to repel the threats.

KCB were not relenting after resumption and had a glorious chance through Derrick Otanga after some good work from Ndenga, but the former Wazito FC man failed to capitalize on the opportunity. Nashon was to get booked for a foul on Clifton Miheso, a move that rules him out of the next game.

Also Read: Esse Akida back in the country after Besiktas stint

With Tito Okelo coming on for Silva and Wasambo being the new man for KCB as he replaced Ndenga, the bankers were to take the lead 15 minutes from time through Dennis Simiyu. Despite the setback, Gor Mahia continued with the attackers with Miheso forcing keeper Andika to a good save.

The missed chances by Gor Mahia were to prove costly when keeper Boniface Oluoch was to foul Omondi in his own box five minutes from time; up stepped Omondi himself to extend KCB’s lead.

In another match of the day, Mathare United woes continued with a 2-1 loss to visiting Kakamega Homeboyz.

Chris Masinza gave the visitors a 6th minute lead from the penalty spot after a Mathare defender had been adjudged to have handled the ball in the box. As if things couldn’t get better for Mathare, they were to go two goals down in the 22nd minute when Sylvester Owino doubled the Nicholas Muyoti side’s lead. While Tyson Otieno reduced the arrears in the dying minutes in the first half, Homeboyz held on for their fifth win of the season.