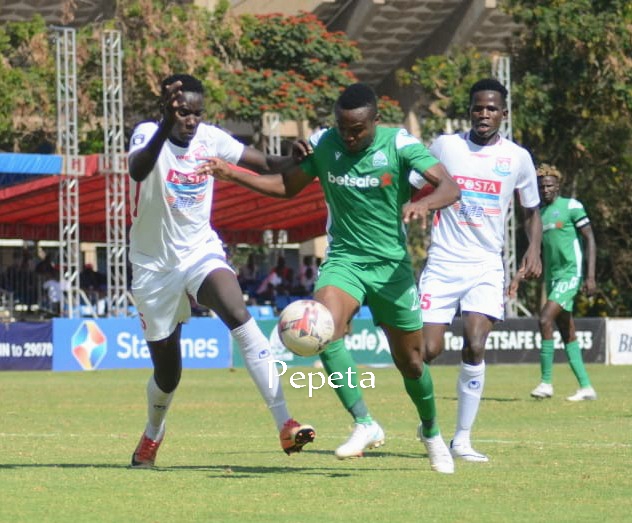 Gor Mahia suffered their sixth loss of the season after going 0-1 down to Posta Rangers in a Kenyan Premier league tie staged on Wednesday afternoon.

Gor Mahia needed nothing less than a victory going by their recent poor outing and all pointed out to a positive outing when Rangers were to be reduced to ten men four minutes into the game after Michael Apudo was shown a straight red card for a foul challenge on Tito Okello.

The move saw Rangers coach Stanely Okumbi make a tactical change in the 19th minute when Mbugua was to be withdrawn for Eliud Lukuwam. And while the Vaz Pinto charges dominated the lion’s share of possession, it was Rangers who struck first in the dying minutes of the second half when Francis Nambute made a good run to send a sumptuous ball past keeper Gad Mathews who should have done better.

On resumption, Pinto decided to rest Brazilian Silva for Jules Ulimwengu to boost his attack, and while they did everything at their disposal to restore matters, instances that saw Ernest Wendo’s goal ruled off for an offside, Rangers were to hold on for what was their third win of the season.

In another match of the day, visiting Western Stima held Zoo FC to a scoreless draw in a game played at Kericho Green Stadium.