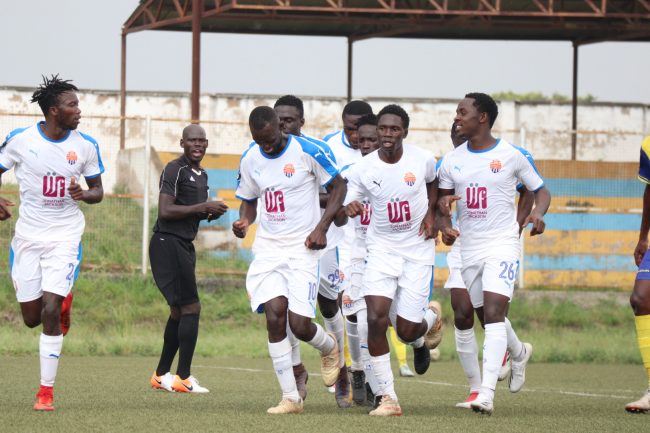 Nairobi City Stars head coach Sanjin Alagic has termed the absence of midfielder Peter Opiyo in their next game against leaders Tusker FC as a big blow to the team.

The former Thika United man received his fifth yellow card of the season in their last tie against AFC Leopards, a move that rules him out of one game and according to his coach, the player will be a big miss as he expected to have his best players in such games.

“Absence of Pinchez in the match against Tusker, the leading team in table, it’s big blow for us, because he’s such an important player in our team. When you play against the best teams in the league definitely you need all your best players in the squad.

“But I don’t want to whine about that, we will try to prepare ourselves in the best possible way and get ready for the match to achieve a positive result.” Sanjin is quoted by the club’s portal.

City takes on Tusker on Saturday 20 March 2021 and while Opiyo admitted that he was disturbed by the card, he had prepared mentally to miss certain games.

“That card really disturbed me. I didn’t expect to get one but hey, that’s the nature of the game. You have to be prepared to miss some matches,” Opiyo said.

Opiyo has been a key member for City Stars this season where he has clocked the full 90 minutes in all the 15 games into the season and he emerged as City Stars most valuable Player in four games against Wazito, KCB, Ulinzi Stars and Kakamega Homeboyz; the midfielder chipping in with four goals during the time.