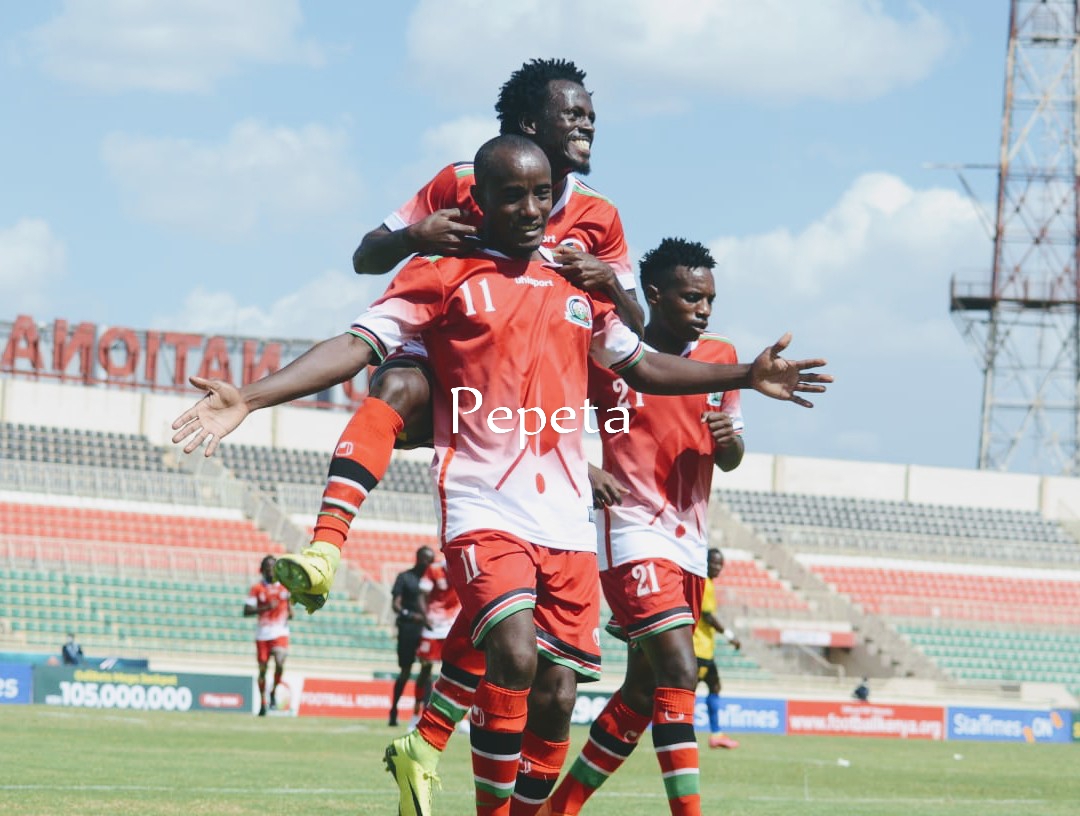 Kenya’s Harambee Stars emerged 2-1 winners over neighbors Tanzania in a friendly game played at the Nyayo Stadium-Nairobi on Monday 15 March, 2021.

Stars were to take a 21st minute lead through Kariobangi Sharks striker Eric Kapaito who benefited from some really woeful defending by the Tanzania defence. The Jacob Ghost Mulee side were dictating play with the midfield of Kenneth Muguna and Michael Mutinda doing some wonders for the home side. The latter however was to be withdrawn in the first half in what looked like a precautionary measure for Danston Chetambe.

It was Tanzania who restored parity though against the run off play through Ayub Lyanga who pulled a decent header though keeper James Saruni could have done better to thwart the danger; the half time ending with no team getting the better of the other.

On resumption, Mulee was to throw Abdallah Hassan for James Mazembe and it proved to be a masterstroke with the Bandari FC forward restoring Stars lead with a well taken goal in the 59th minute. It was an aggressive pressing from the home side as Tanzania tried to build from the back; Abdalla slotting the ball sumptuously with a nice dancing celebration to boot it.

Stars will be up against the same opponents at the MISC Kasarani on Thursday with the game being their last warm up game before their AFCON qualifier ties against Togo and Egypt later in the month.