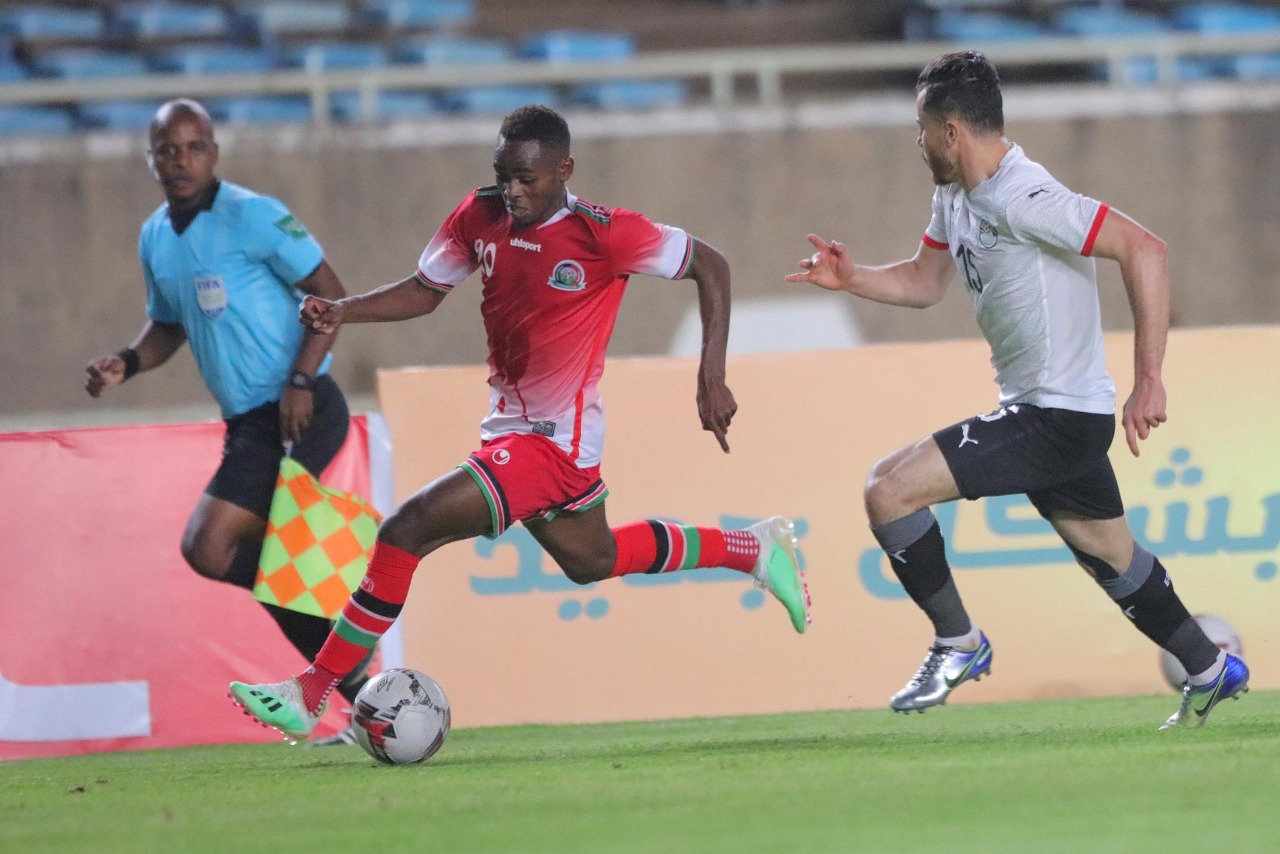 A much-changed Harambee Stars team held African giants Egypt to a 1-1 draw in an AFCON Qualifier staged on Thursday.

While the draw saw the Pharaohs qualify for the next year’s continental showpiece, Stars gave out a performance that deserved some plaudits with the likes of Daniel Sakari proving that age is just but a number.

Pepeta takes a look at how each England player performed against San Marino ahead of further qualifiers against Albania and Poland this month.

Couldn’t do much for the Egypt’s opener but enjoyed a steady defence all through the game.

Coming up against one of the best strikers in Europe wasn’t going to be an easy task for the Maseno School Old Boy. His start was subjected to questions when the lineup was made public but he proved that he can make the right back position his own. Man of the Match.

Was denied numerous assist from the strikers who didn’t look sharp in the day. Kept Mohammed Salah at bay and overlapped to assist in attack when he was needed.

Enjoyed quiet a partnership with Joash Onyango at the heart of defence. His blemish being in getting a red card that he could have easily avoided.

Rock solid as always. Worked well with Omurwa and then substitute Alembi late.

Did his work well in shielding the defence but was withdrawn early in the second half as Ghost needed more people in attack.

Another proper performance by the former Gor Mahia captain. Akumu leaving meants he dropped back deep to help his teammates but his pin point passes can should never go unnoticed.

Workaholic. Made the work of the other midfielders a little bit easier. Deserves more recognition.

Scored Stars only goal of the game before being withdraw. Had moments of brilliance but slacked in some occasion. The talent is there.

Played as a winger in the game and did well in ensuring his teammates joined attack. He had a duty on the day and he did that duty of preventing the opposition piling on Eric Ouma.

Not a good day in office for the day’s captain. Missed several chances that should have turned into goals on his good day.

Boosted the team’s attack when he came on and almost grabbed a goal. More minutes and he’ll be good.

Expected to start the game, Nyakeya was substituted twice after Stars had gone down to ten men. Hard to judge how he fared.

Came as a subject to Stars red card and slotted in well though the minutes he had on the pitch were few. One for the future.

Just as Abuya, Miheso had some proper runs in the opposition half but had less time to have a say in the game.