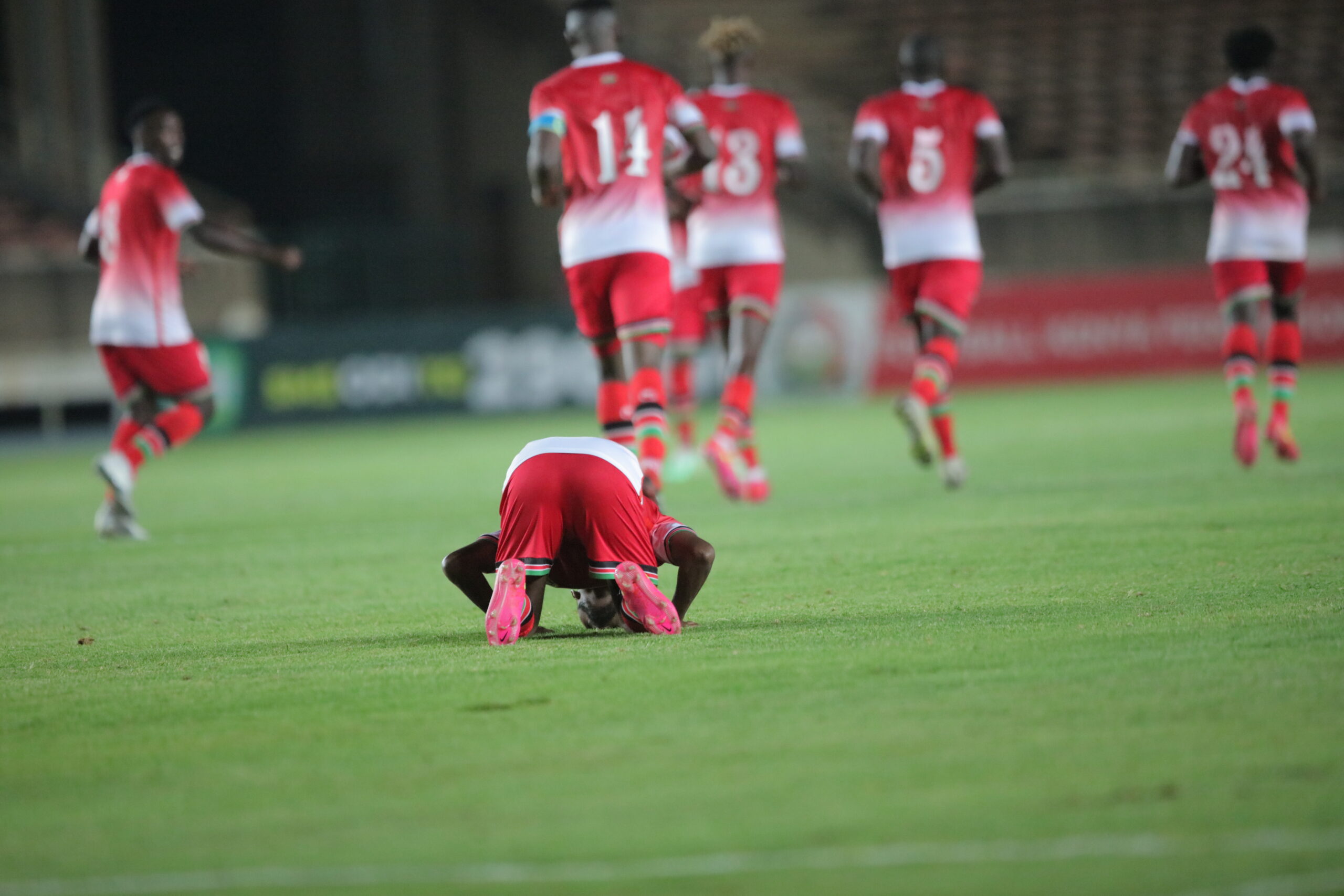 Kenya’s Harambee tars won’t be making an appearance in the forthcoming African Cup of Nations set for Cameroon after finishing third in Group G.

The Jacob ‘Ghost’ Mulee side, despite giving a sprouted performance towards the end of the campaign lost an opportunity to make it to two successive AFCON after registering seven points in a group that had Togo, Egypt and Comoros; the latter two being the teams to represent the group in the continental showpiece after finishing first and second respectively.

But how did Stars fare in the entire qualification process?

Stars started their campaign with a spirited 1-1 draw against Egypt in Alexandria on November, 14 2019. While Egypt took a 42nd minute lead through Kahraba, Michael Olunga ensured that the Kenyan team picked a point from the game with a goal in the 67th minute.

Buoyed by the Egypt results, Kenya’s second game was to be at home against Togo. With much expectations from the home side, Johanna Omolo’s thunderbolt gave Stars the lead inside 35 minutes but Ouro Sama denied Stars all the three points after netting in the 64th minute in what proved to be Francis Kimanzi’s last competitive clash as the Stars head coach.

In came Mulee for two crucial games against Comoros if Kenya were to harbor any ambitions of making it to Cameroon. On Match Day three, Kenya hosts Comoros on November 11 2020 at the MISC Kasarani The stubborn visitors were to tear the forem book when they took a 26th minute lead through M’Changama and while they were reduced to ten men in the first half, Kenya could only rescu a draw with Masud Juma scoring the hosts only goal 25 minutes from time.

Comoros were to beat Stars 2-1 in the return leg hosted in Moroni four days later with Cliff Nyakeya goal in the 35th minute rendered a mere consolation following strikes from Ben and Mattoir.

The loss to Comoros had put Kenya in precautious place and when Comoros drew Togo in match day five, Kenya had no option but to beat Egypt late in the day but could only manage a 1-1 draw; a result that rendered their 2-1 win over Togo in Lome as a mere formality.

There were a total of 24 goals scored in the group in the 12 matches meaning each game averaged two goals.