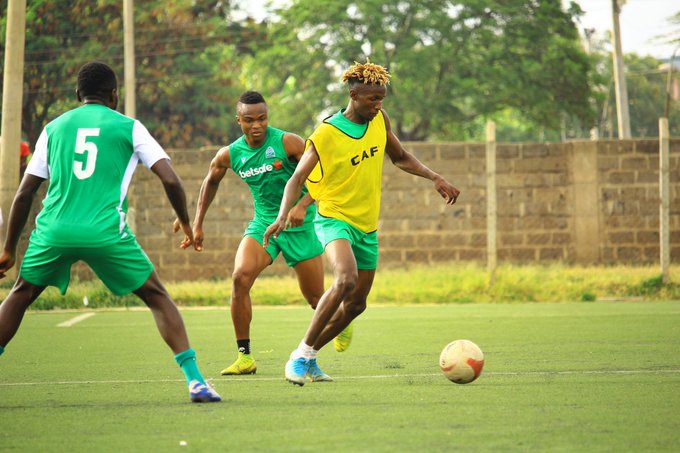 Kenyan Premier League giants Gor Mahia are back in training in readiness for the league resumption.

The league had been suspended by the government of Kenya for more than two weeks now due to the upsurge in numbers of Covid cases but the Football Kenya Federation (FKF) had written to the Ministry of Sports and that of Health to allow them resume the league.

FKF noted that lack of league action will jeopardize their preparations ahead of the World Cup Qualifiers which is set to Kick Off in in June with Kenya placed in group E alongside neighbors Uganda, Rwanda and Mali.

Gor have been in training for the past three days at Nairobi’s Camp Toyoyo under the watchful eye of coach Van Pinto.

When the league was halted, the defending champions were placed seventh with 22 points after 14 games these being 14points below leaders Tusker who have played two more games and according to midfielder John Macharia, they were ready to resume and give their all in the title defence.

“We are eager to return to action and give our best. We started slowly but nothing is impossible in the world of football. We know our opponents wont have it easy just like us and all we have to ensure is to win our games; that’s where the concentration is,” Macharia told Pepeta.

Players from different teams have already been given their vaccines for the virus and it is expected that action might resume in the coming week where Gor has a date with Mathare United.

Apart from Gor, there are other teams who have already resumed training in batches.