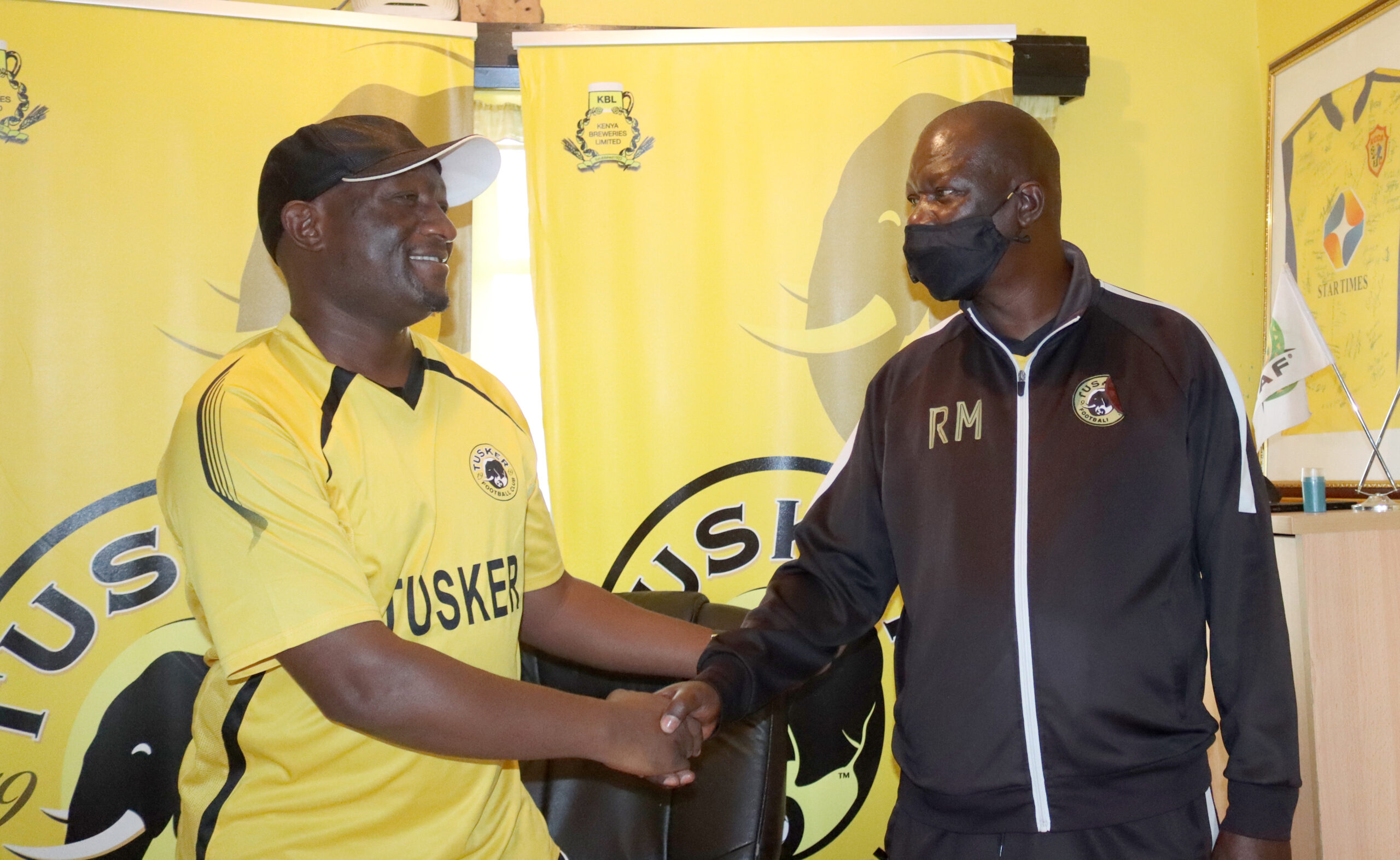 Tusker FC head coach Robert Matano has welcomed the appointment of George Maina as his assistant.

Maina was appointed as the team’s assistant coach on Monday to replace Charles Okere who was appointed the new Harambee Starlets head coach last month.

Speaking about his new assistant, Matano said: “We have worked together for a long time and when the opportunity arose to have him back, I did not hesitate to ask him whether he could come. We continue the work and hopefully we win more trophies together.”

On his side Tusker FC chairman Daniel Aduda said: “First of all we are really grateful to Charles Okere for his service to the team, his professionalism and work ethic has been commendable. We are pleased with his progress because being named as the national team head coach is not an easy thing. We wish him all the best in his new endeavor.

“George is a club legend having achieved so much at Tusker both as a player and as a coach. We are pleased to have him in and better because he knows the fabric of the club and it will not be hard for him to get started. I want to wish him all the best as he starts his job and hopefully we win trophies together.”

Maina who arrives from National Division One outfit Naivas FC where he was the head coach returns to the club after seven years, having worked in the same capacity in 2013.