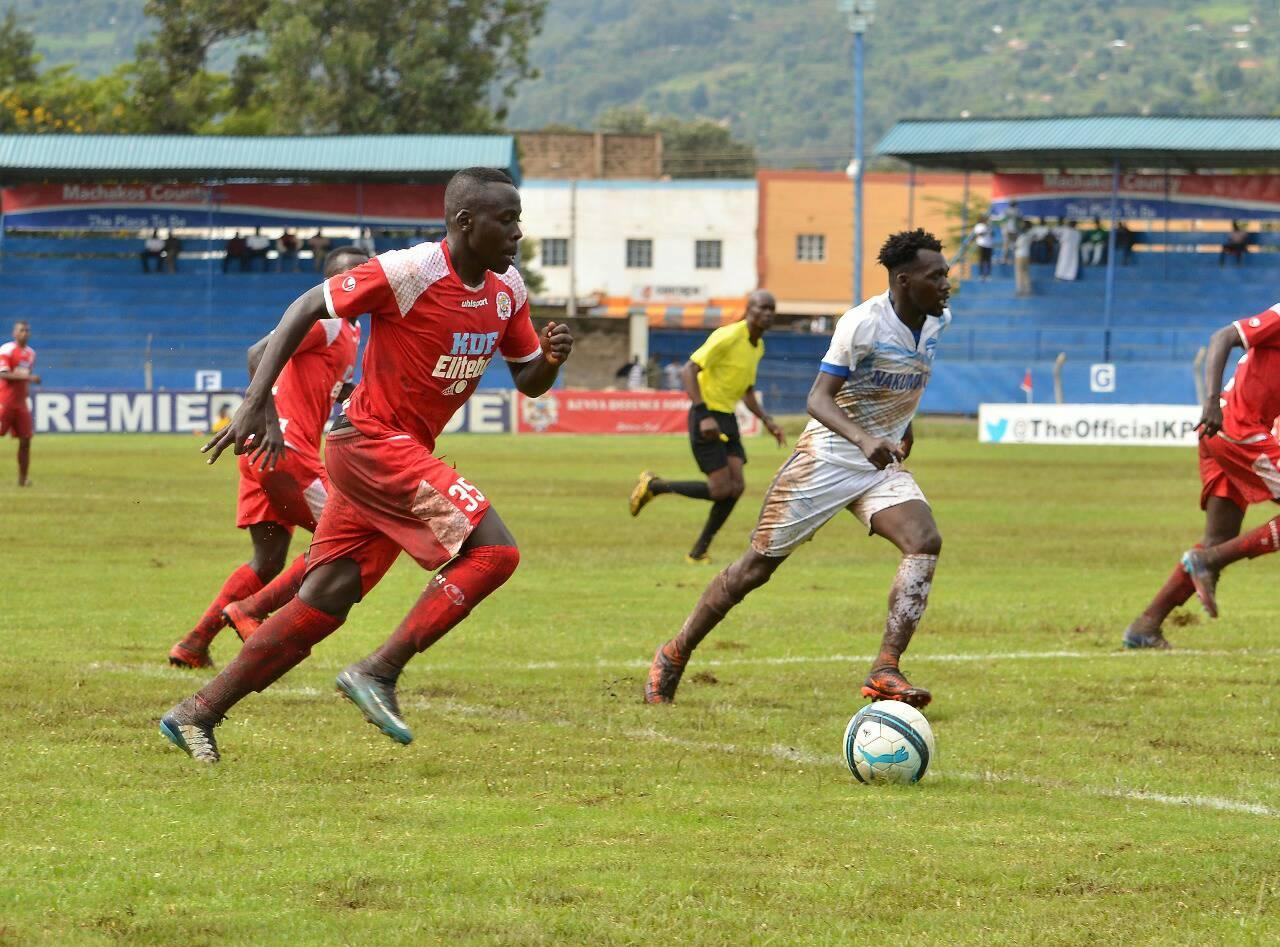 Ulinzi Stars defender Brian Birgen opens up on the reasons he abandoned rugby for football, his dad’s influence on his career, and his Kenyan Premier League debut.

He talk’s to Pepeta’s  Kelvin Kiplimo.

Tell us more about you –Who is Birgen and where you schooled?

Brian Birgen was born on 22 November, 1994, being the last born in a family of two boys and a girl, lucky and blessed to have both parents alive.

Take us through your Football Journey?

I started playing football a tender age when we were staying at Kabete Barracks. In Primary I used to play for fun but when I joined Nakuru High school, rugby was the top priority. At Nakuru, rugby was the culture and I joined the wave. After two years at the school, I transferred to Jamhuri High School where I shifted from playing rugby to football but didn’t play for the team since I had developed a love for rugby. I only participated in the inter classes games at Jamhuri and played as a defensive midfielder.

After My high school Education, I was recruited to the Kenya Defence Forces at 18 and joined the Recruits Training College in Eldoret where I spent seven months being shaped as a soldier. On nearing pass out graduation we did sports competition and Ulinzi stars sent a scout and I was lucky to be selected among those to join Ulinzi Warriors (Ulinzi Stars feeder team). At Ulinzi Warriors I played one season (provincial league) then coach Robert Matano promoted me to the senior team in 2014.

What made you choose football over other games like Athletics?

I guess my dad’s influence since he played football at the highest level. He had a lot of photos in their trips away from Kenya and I really wanted to travel and be like him when I was young.

What drives you to get up and go training every day.

Passion drives me every day. I loved football since I was very young and would sit anywhere to watch anyone who plays football; be it kids or just the normal estate football. Football is something I love.

Talk about your toughest game at Ulinzi Stars

My toughest match was my debut against AFC Leopards SC back in 2014. That game had a lot of pressure because I had never come up against a team with so much fans. Matano slotted me at right back and I think the pressure was on him too since he had entrusted a young me with a task of stopping Paul Were who at that time was one of the best players in the country.

The pressure was on me to prove to the coach that he didn’t make a mistake to field me. I think that motivated me in the game, we came from a goal down and won 2-1. I dedicated the win to my good friend (Dan Simiyu) who had passed a few days to the match. He was my teammate at ulinzi warriors.

How do you balance Football, Education and Military Work

I always believe there is always time for everything. I allocate time to everything I have to do and try to balance both.

Whats the origin of your nickname ‘Ndovu’

It was a name given by my teammate Elvis Nandwa. He says it comes from my combative style of play where in training or in games (laughs).

Who is your role model?

My role model is my dad Maj. Joe Birgen. I was fortunate to watch some games before he hanged his boots. He has achieved a lot through football and was very helpful when I started playing because he always bought me all the equipment’s I needed for the game. He still buys me boots and tells me on ways I can improve.

What was your most memorable moment at Ulinzi?

This has to be in 2017 when we were representing the team in the CAF Confederations Cup. We eliminated Libya’s Al Hilal Benghazi in the first round but were sent home in the second round by Smouha of Egypt. It was a memorable experience that I would like to do over and over again.

Your worst moment in your football career?

My worst moment was in 2016 when we lost the GOTV shield cup final to Tusker FC. We had trained well before, psyched up and we had a good campaign but only to fall short in the final. It was painful loss because I felt we deserved more.

As a footballer, what are some of the achievements you can point so far in your career?

My greatest achievement was when I was called to represent the Harambee Stars U23 team and my first season in the Kenyan Premier League (2014). Thereafter I was called to the senior team by Coach Bobby Williamson. That call up by Bobby remains the highlight of my career. Other achievements in the East African Military games where I have featured five times and came out as a champion in four occasions.

Who is that Coach you can credit for having a huge impact in your career?

There are so many. My Ulinzi Warriors Coach George (Tito) Otieno and Coach Antony Nderitu who shaped my career. Coach Matano who gave me my league debut and coach Benjamin Nywangweso who has always believed in me.

Who is the toughest player you’ve met in the Kenyan Premier League?

I can say Robert Omunuk when he was still active. He had a strong left foot. He was lethal and very tough to deal with. The worst part was that we met so many times in the Military games too and guy would give me nightmares.

If you had to choose a different position, where would you play?

I would chose to play in midfield at position 8 to be precise because earlier in my career that’s where I played. You enjoy the game in that position and dictates a lot of proceedings which I like so much.

What do you do on your free time?

I try keep fit by going to the gym then bond with my son who is now six.

What is your favorite song to listen to prior to the Game?

Win win!!  by Jay Rock- Hip hop. I always listen prior to game since it puts me on the Winning Mood.

What’s the dressing room morale like after a Win and after Loss.

After a win the changing room is always bubbly and everyone is happy but after a loss everyone react differently but we do encourage each other despite what happened on the pitch.

Mention three players you never want to miss in the starting team on a match-day.

I believe in all the players at Ulinzi stars Fc and anyone selected I always believe he will deliver.

How do your parents and siblings view your career in Football?

They are very proud of how far I have come. My dad, mum, and my brother watch most of my games. My sister is sometimes a bit held up with work but whenever she is free she is always in the stadium to cheer me up. They’ve been supportive all through my career.