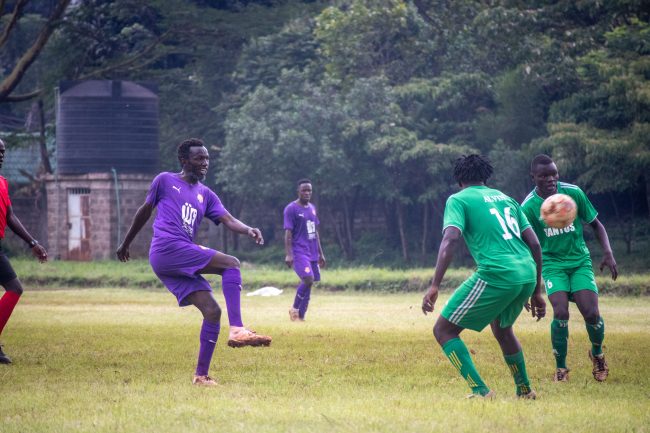 Nairobi City Stars warmed up to their league clash against Gor Mahia with friendly wins on Tuesday.

The Kawangware based side registered two straight wins over Dagoretti Santos and Dandora Youth in back-to-back friendly games played at the Public Service Club (PSC) on Tuesday 11 May 2021.

They beat Dagoretti Santos 2-0 with goals on either half by Oliver Maloba and Davis Agesa being the difference. The second game against Dandora Youth saw them emerge 4-1 winners with Ebrima Sanneh penalty and header from Azizi Okaka giving them 2-0 lead at half time.

Rowland Makati and Ezekiel Odera added two more in the second half with their opponents grabbing a consolation through substitute Edward Omondi.

Speaking about the friendlies, coach Sanjin Alagic as quoted by the club’s website said: “It was hard for guys to play (rain, muddy surface) but we needed these games to slowly come back.”

The latest two friendly games followed on another two last Friday against Posta Rangers last Friday. The games ended 0-0 and 1-1.