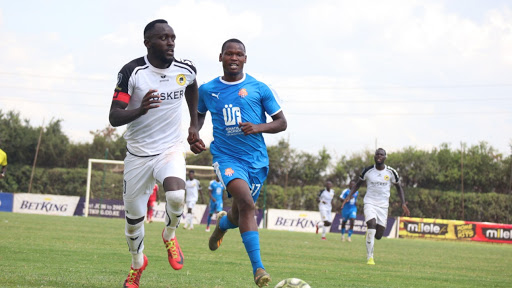 Nairobi City Stars are assessing striker Nicholas Kipkirui ahead of their Sunday test against Gor Mahia.

Kip officially joined City Stars in March this year from Gor Mahia outside the transfer window following a special request by the Kawangware based side as he had not been paid his due by his former employers.

The Sunday game should be the first time the former Zoo man comes against his former side but according to the club’s CEO Mr Patrick Korir, the striker missed their last friendlies as a precaution since he had a slight injury.

“He (Kipkirui) had a slight injury and we didn’t want to risk him in our last friendlies due to the nature of the fields. We can’t convincingly say that he will be ready for Sunday but I don’t think his injury is anything serious so anything can happen,” Korir told Pepeta.

As well as Kipkirui, winger Rodgers Okumu and midfielder Peter Opiyo are also carrying knocks but are expected to be fit for the weekend tie.