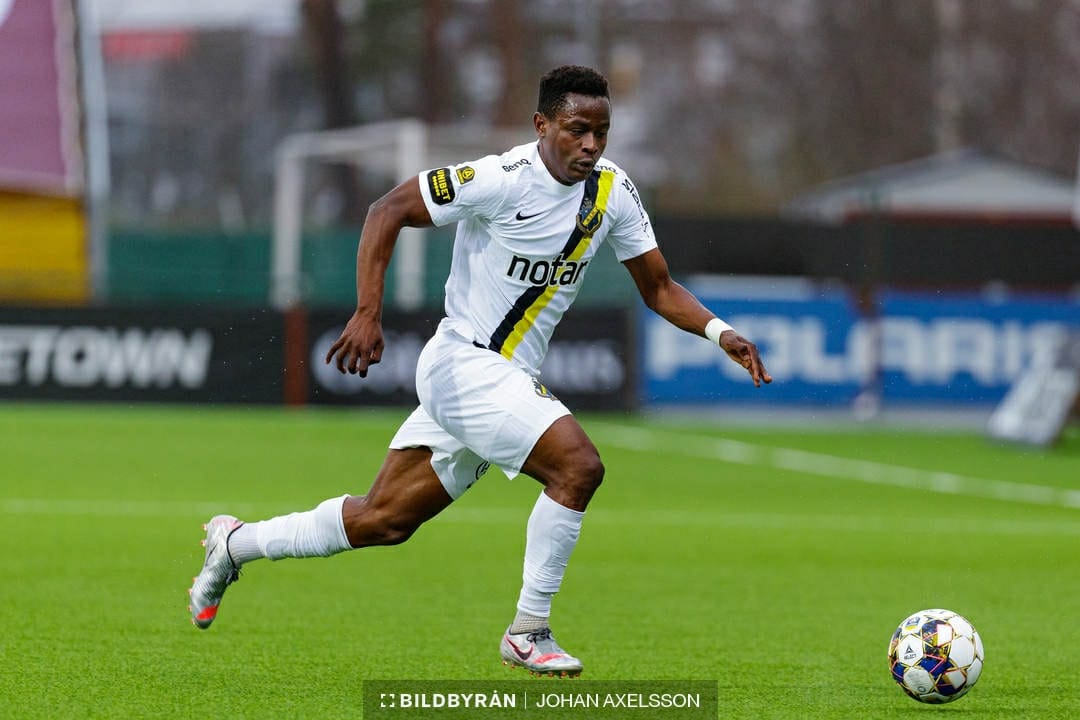 It has been reported that bigger teams from Europe are hovering for the signature of the player and AIK are willing to sell if they can find the right price for the former Gor Maihia man.

According to reports from Swedish portal FotbollDirekt, AIK wants around SEK 15-20 million (Approx KES 194M-KES 259) for the 24-year-old this summer.

Also Read: Kenya U23 striker retained by English side

Reached to comment on the player’s price, the club’ sporting director Henrik Jurelius said he didn’t want to engage in speculations but admitted that they were aware of teams interested in the player.

“As I said, I do not want to participate in speculation. What I can say is that we hope that he stays longer at AIK, but it is clear that we understand that he is attracting interest from many clubs,” Henrik said.

It had been reported previously that agents from English Premier league clubs Manchester City and Leicester have been monitoring the players with unnamed clubs in Belgium said to be interested in the player too.

If Ouma is sold for KES 259M, he will become one of the most expensive defenders in the Allsvenskan history. Recent sale records came from Felix Beijmo and Neto Borges who were sold for SEK 15 million (Apprx KES 194) to Werder Bremen and Genk respectively. Miiko Albornoz having left Malmö FF for the same price too.

Ouma is among a dozen players who are expected to leave the Allsvenskan in the next big European window which is to swing open in the next six weeks. The other players who have been backed for moves include Malmö FF’s Anel Ahmedhodzic and Anders Christiansen, IFK Norrköping’s Sead Haksabanovic and Isak Bergmann Johannesson, as well as Hammarby’s Akinkunmi Amoo and Djurgården’s Edward Chilufya.