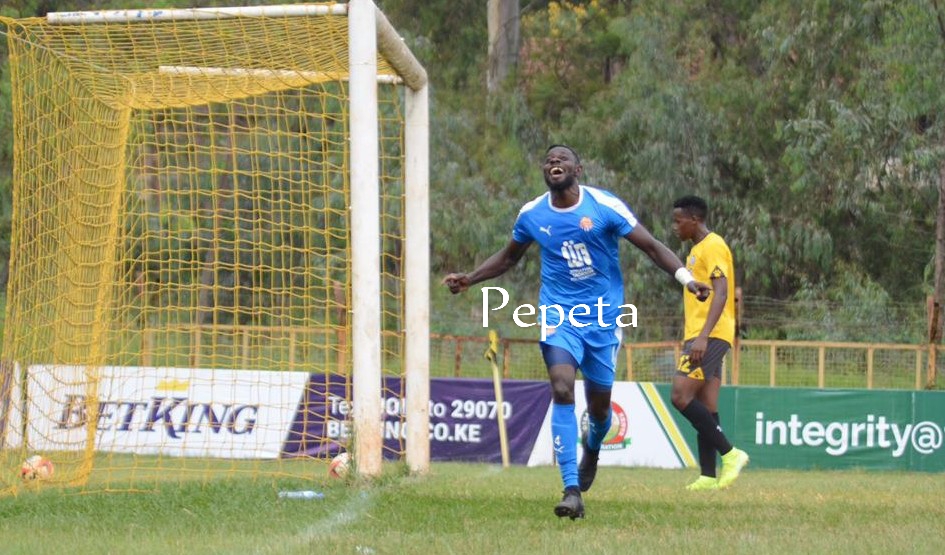 Sofapaka away woes in the Kenyan Premier League continued on Monday 24, May at the Ruaraka Grounds after going 3-0 down to Nairobi City Stars.

Sofapaka had come to the game on a back of a loss to Gor Mahia and needed a win to keep pace with the leading pack but their dreams were dented as early as the third minute when City Stars took the lead through Peter Opiyo who converted a penalty after a Sofapaka defdner was adjudged to have handled a corner kick in his box.

City Stars then doubled their lead in the 15h minute through David Agesa. A sublime ball from Sven Yidah found Rodgers Okumu who made a pass past the onrushing keeper Aigba but the ball went past him to find the hovering Agesa to tap home. Sofapaka had a perfect chance of reducing the arrears on the half hour mark when they were handed a penalty of their own but Lawrence Juma was to see his effort come off the bar after keeper Njuge was well beaten.

Sofapaka were made to pay for their penalty miss in the 37th minute when Abdalah Shitu added the hosts third with a powerful header following a cross from Bolton Omwenga. The visitors who had made an earlier change in the game by withdrawing Nixon Omondi for Alex Imbusia were to be reduced to ten men in the dying minutes of the half with Aigba receiving his marching orders after a rash tackle on Nicholas Kipkirui.

With Aigba’s red card, Sofapaka had brought in keeper Kevin Omondi as his replacement with Stephen Okolla being the player that was sacrificed.

City Stars had a perfect opportunity of extending their lead in the 52nd minute when defender Mitima had fouled a Sofapaka player but Anthony Kimani’s effort from six yards was saved by keeper Omondi.

Sofapaka threw all they had after making a few changes in the team with Roy Okal hitting the bar with a well taken effort and despite City Stars also forced to end the game with ten men after the seconding off of Yidah, they were to hold on for three precious points.