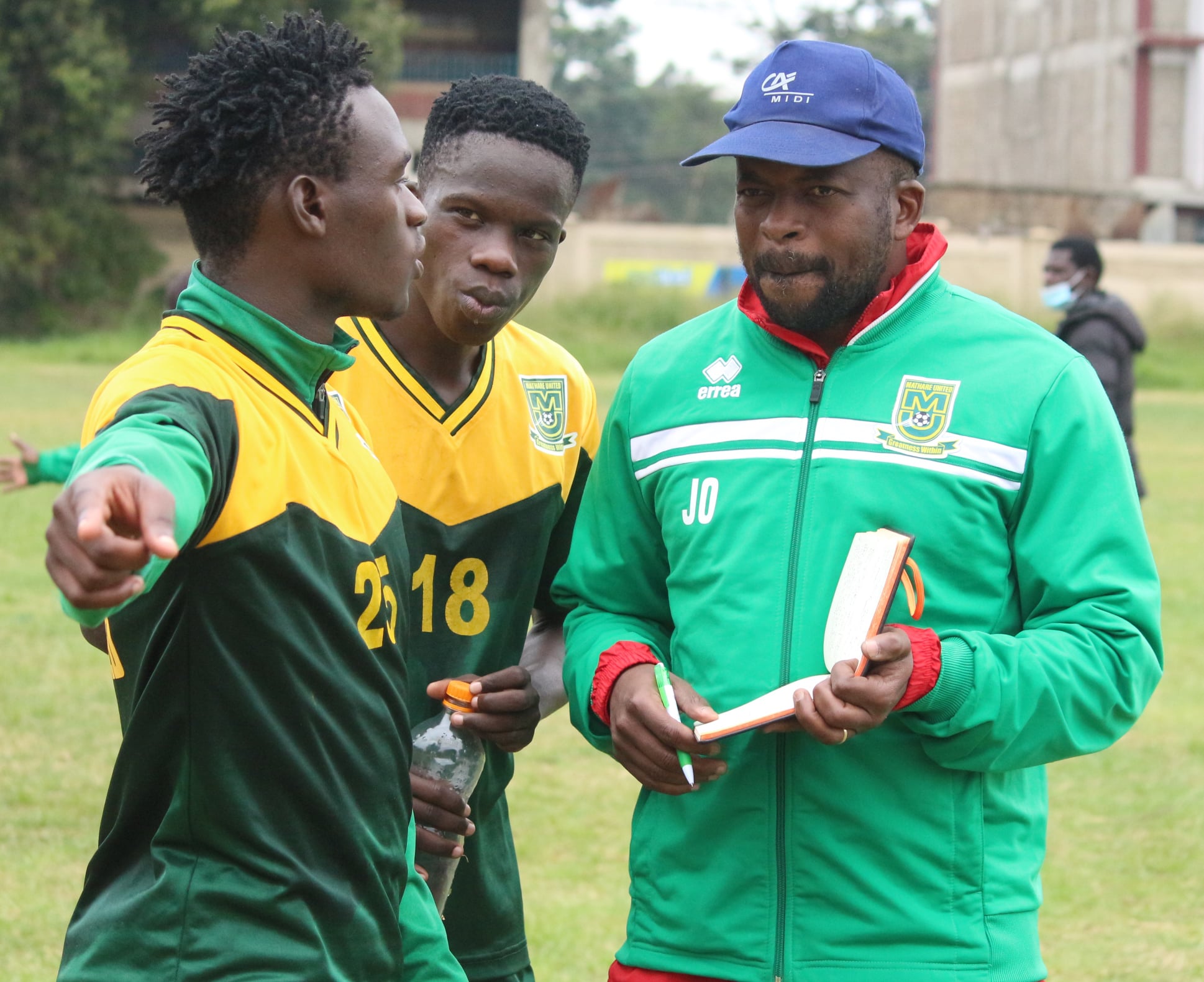 Mathare United manager Frank Ouna is confident that the team will beat the drop despite being placed at the bottom of the Kenyan Premier League log.

The slum boys are currently placed 17th after the elimination of Zoo FC from the league having only collected eight points and a tie against KCB up on Saturday, Ouna is aware that they need to start picking points if they are to remain in the top flight.

“I am not worried,” Ouna told the club’s media team of their position in the league. “Probably I will get worried when we are in the same place and have three or four matches left to play. I am the driver and if I panic then it means the whole bus or ship will sink. We will get ourselves out of this situation.”

The former KCB man believes too that the lack of winning has affected them mentally but they were prepared for the run.

“When a team is not winning it affects the players’ psyche and that can be seen when a player gets presented with a golden chance to score and can’t manage to do so. This is something that we continue to work on as a team. Getting the players ready mentally is key to every battle.

“How we respond when presented with those chances in games is what will define us in the coming matches. We have slightly managed to improve defensively and teams are finding it hard to blow us out. We just now have to find this balance on the opposite end,” he said.

A win for Mathare on Saturday will not only see them close the gap between them and Western Stima but dent KCB’s ambitions of winning the league.