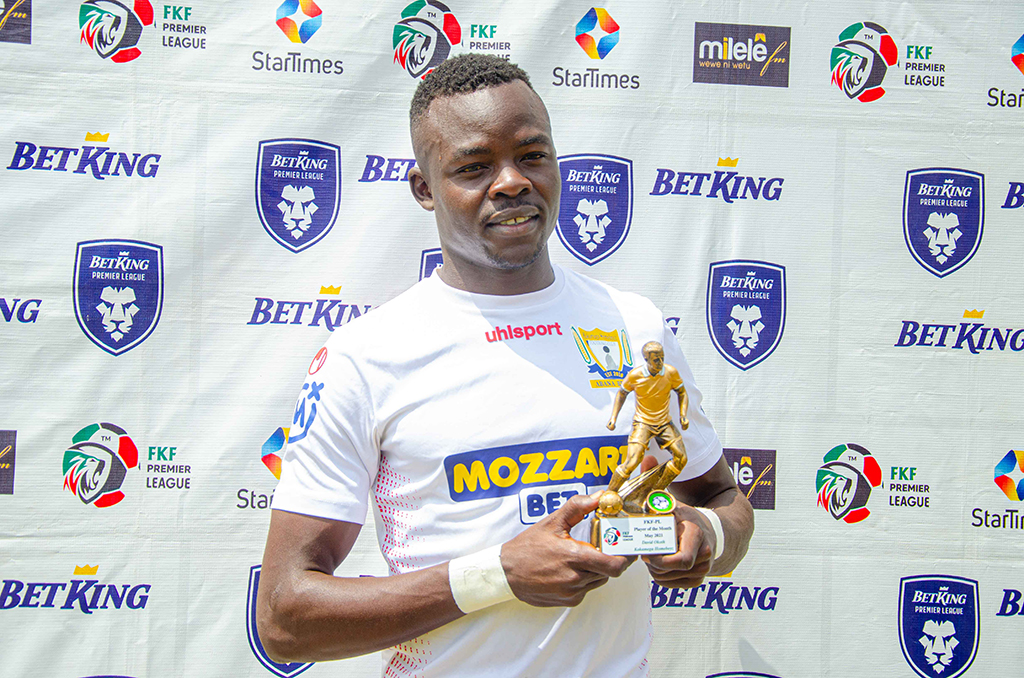 Kakamega Homeboyz winger David Odhiambo has been named as the best BetKing Premier League player for the month of May.

The winger managed three goals and assisted one in the month; the 27-year old opening the month with a goal and an assist during their 4-0 home win against Western Stima. He then went to bag a brace in their following game against Posta Rangers which ended 3-1 in their favor.

The player becomes the fifth recipient of the award this season after that of Elvis Rupia, Henry Meja, William Wadri, and Kelvin Opiyo who were named and feted in December, January, February, and March respectively; the award coming with a customized trophy and Ksh. 50 000 token.