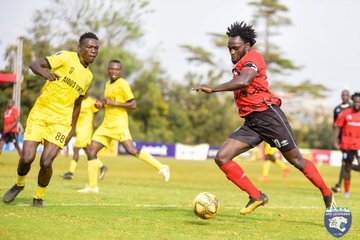 A total of eight games were played over the weekend in the Football Kenya Federation Premier League.

Tusker FC was the biggest beneficiary of this week’s outings after beating Western Stima on Wednesday. The biggest losers were Gor Mahia and KCB who recorded a loss against Western Stima and a draw against Kakamega Homeboyz respectively.

Mathare United win against AFC Leopards last week seems to have been a fluke after they went down to Posta Rangers in the weekend as Nairobi City Stars left it late against Nzoia Sugar FC.

With the results, Tusker are perched at the top of the log with 44 points; a point above second-placed KCB with AFC leopards climbing to their following their win against Wazito F; two points above arch-rivals Gor Mahia who are now fourth.

On the tail end of the table is Mathare United with 11 points with Stima win over Gor Mahia seeing them rise to 15th on 16 points.