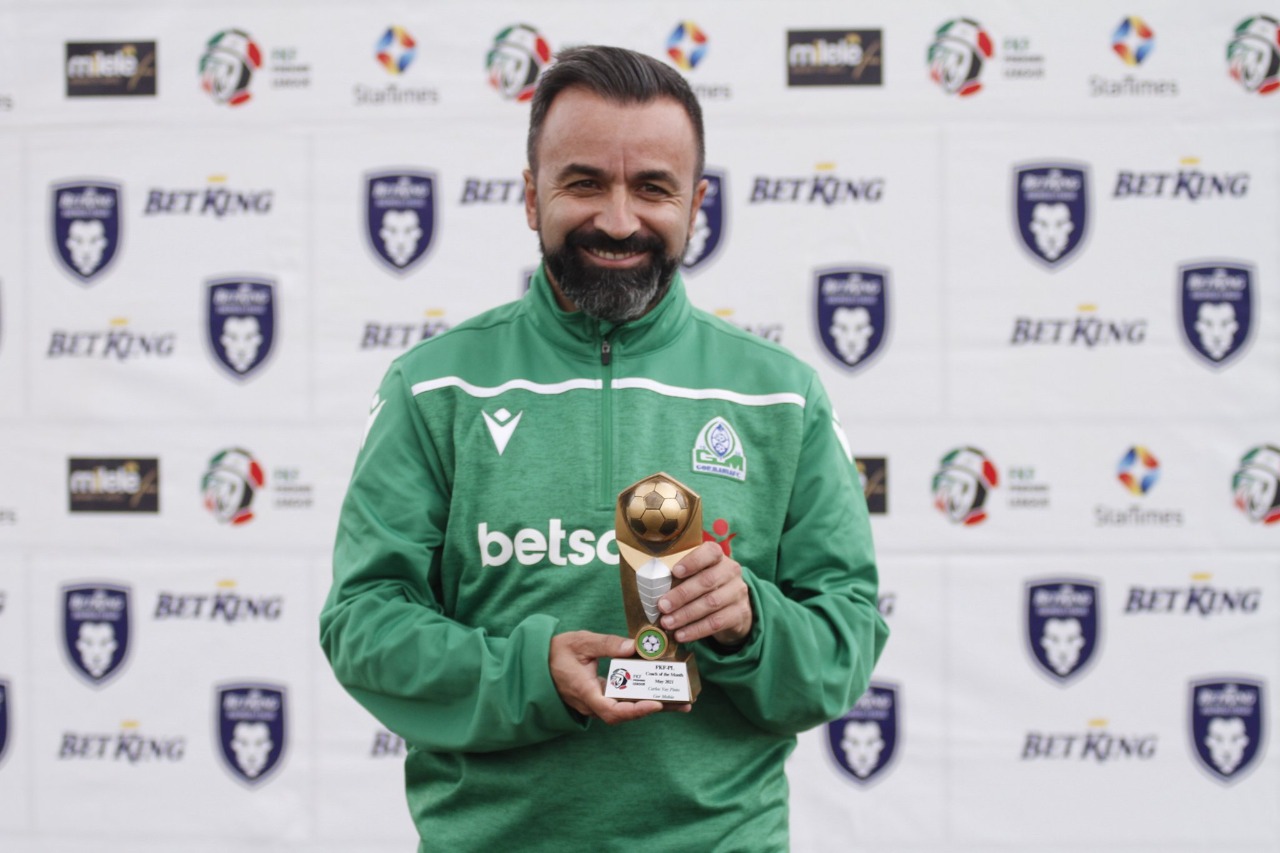 Gor Mahia head coach Carlos Vaz Pinto has been named as the best Kenyan Premier League coach in the month of May.

In the month Gor Mahia won all their games starting with a hard-fought 1-0 win over Nairobi City Stars. They were to beat Sofapaka 2-1 in their second game of the month before wins against Vihiga United (1-0) and a similar score line in their last game against Wazito FC

Pinto walks home with a customized trophy and Ksh 50 000 cash prize courtesy of the league sponsors.

Read More: FKFPL: The weekend that was