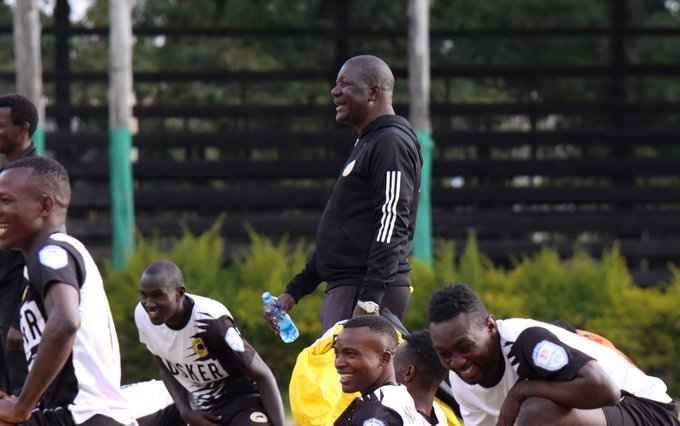 Tusker FC head coach Robert Matano has insisted that their main focus now is to win the Kenyan Premier League title after qualifying for the CAF Champions League.

Tusker beat Ulinzi last weekend to confirm their qualification in the continental tournament before the league could end since the Football Kenya Federation through CAF had placed June 30, 2021, as the deadline for each federation to submit a name of a representative.

Speaking ahead of their weekend game against Gor Mahia, Matano said it was a good feeling to be representing the country in such a tournament but his main focus was to win the league so as to show that they are the real champions.

Also Read: Kapaito brace not enough for Sharks against Stima

“We had a crucial game last week (against Ulinzi) and you all saw how the players fared. It is what we wanted to achieve and I believe we have made progress since I came here nearly two years ago.

“Our aim though now is to win the league. We have to show that we are the real champions. We have to be consistent in the remaining games and ensure that the players are fit for the task ahead,” Matano said.

Tusker has a tricky list of fixtures coming up as they have Gor Mahia in their next tie after which they will be up against KCB FC, AFC Leopards, Mathare United, and City Stars respectively.