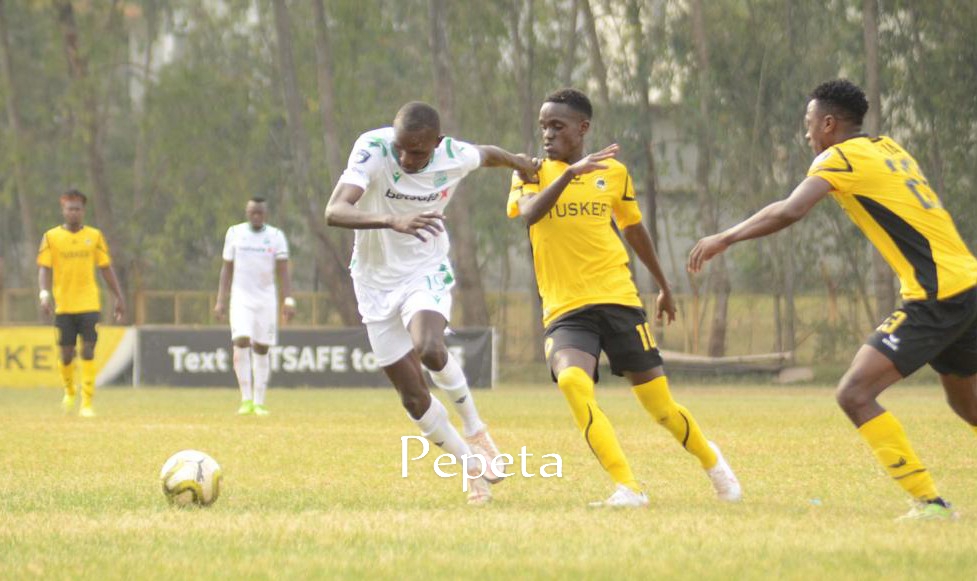 Tusker FC has managed a double over Gor Mahia this season following their 2-1 win over the Green Army on Thursday 8, July 2021.

Tusker came to the game after confirming their qualification to the CAF Champions League and while many thought they’d regress in the game, they were to dig deep to record the win in a match that was played in their Ruaraka backyard.

The start of the game couldn’t have gone as coach Robert Matano wanted as they were to go behind in the 14th minute when Tito Okelo had put Kogalo into the lead; a strike that was to separate the two heading into the halftime break.

The Brewers however came a different team in the second half with Boniface Muchiri restoring parity with a well taken free kick in the 56th minute before Eugine Asike powered a header a minute from time to ensure that all three points remained at Ruaraka.

The win sees Tusker cement their position on top of the Kenyan Premier League log with 50 points; 11 points above Gor Mahia who are placed fourth.

In another match of the day, Nzoia Sugar extended the gap between them and the bottom teams with a vital 1-0 win over Bidco United in a match staged at the Nakuru’s ASK Ground.

The all-important goal of the match was scored by Hillary Simiyu in the 67th minute; the win taking Nzoia to 14th on the log with 20 points; seven points below Bidco who are placed 12th.