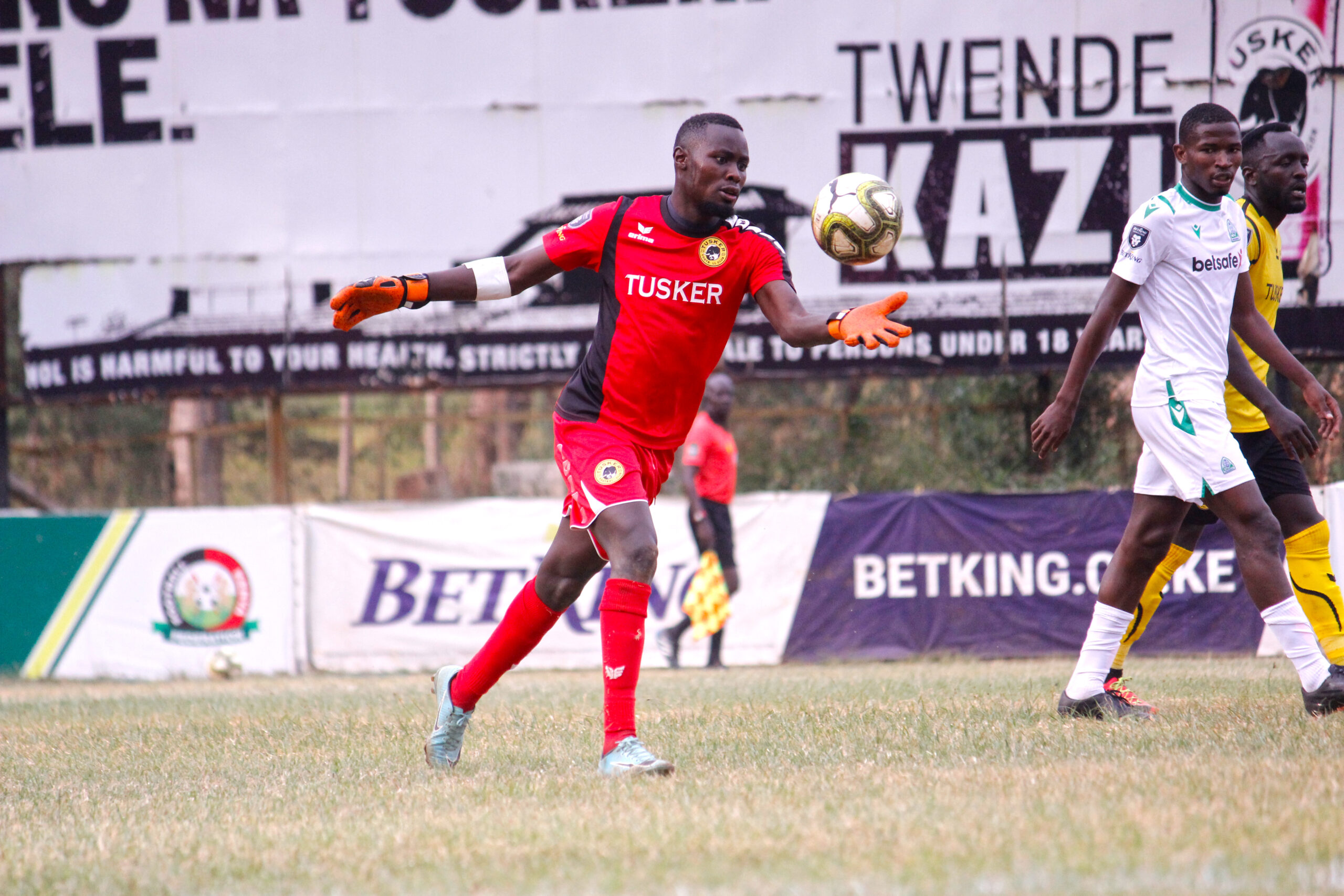 Goalkeeper Mike Wanjala has been named as the best Tusker FC player in the month of June.

Wanjala was instrumental for the brewers in the month where he featured in four games keeping two clean sheets in the process as the team qualified for the CAF Champions League.

Speaking about the award, Wanjala told the club’s portal: “I really feel happy and proud to have achieved this and being recognized by the team. The driving force was the announcement that the top team by June 30 would get a ticket to play continental football and that pushed me to work harder. For a team to get good results, the goalkeeper always has to be on top of his game.”

“I also want to thank Emery and Boban (Robert Mboya) because we have been pushing each other in training and everyone is always ready to start. I also want to thank coach Dunco because he has played a huge role to see me where I am today and I wouldn’t be here were it not for me.”

Coach Matano added: “Mike proved to be the best among the best in June. As a technical bench, we were impressed with his performances and he showed that he earned this award.”

The award comes with a Sh10,000 shopping voucher with the keeper hoping that he can build on the impressive form by helping his team bag the league title.