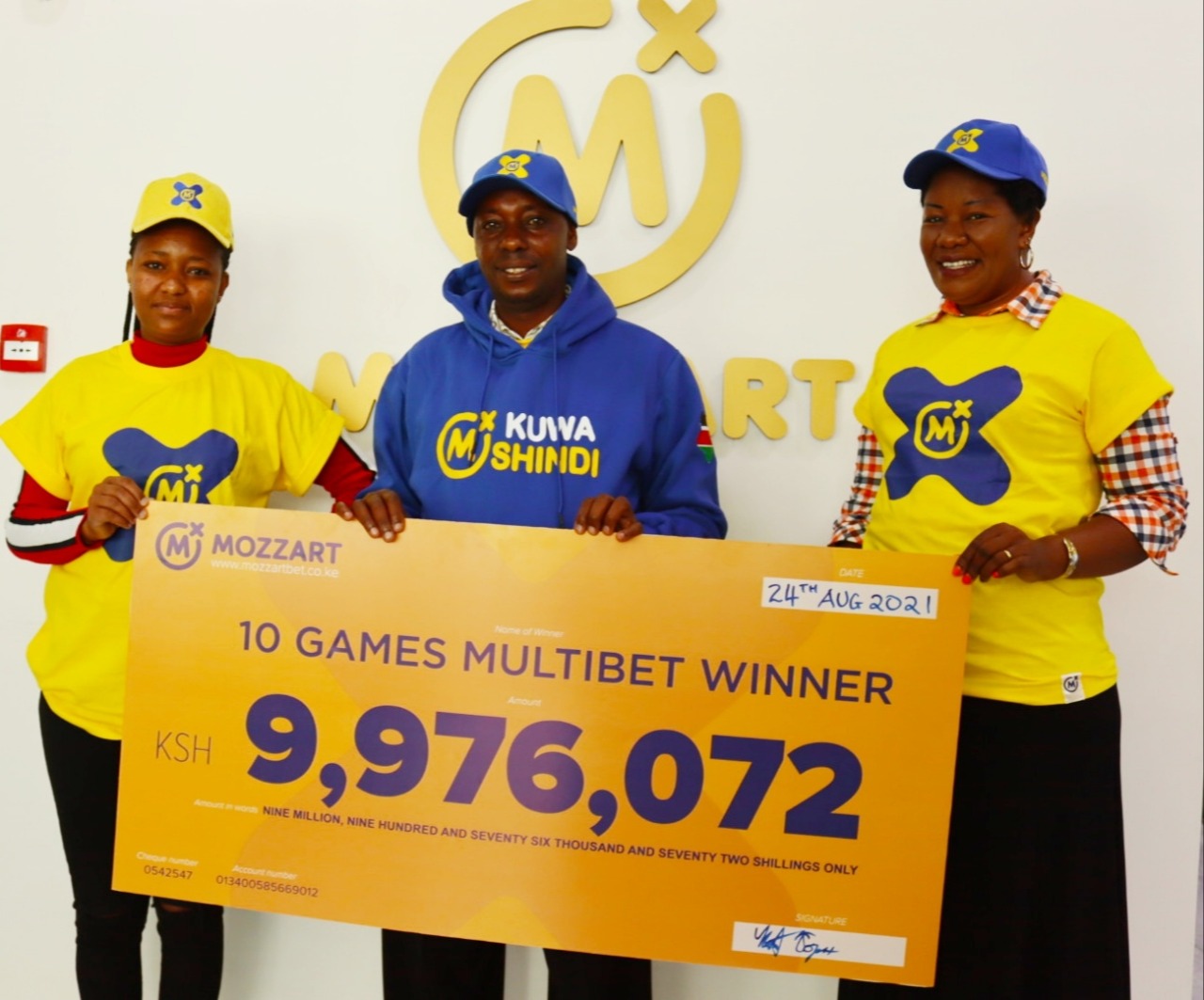 John Nyoike, a welder from Naivasha, Nakuru County is smiling all the way to the bank following his windfall of Ksh9.9M with Kenya’s leading betting firm Mozzart Bet on Wednesday after staking Ksh.1,150 on 10 games.

Speaking to Mozzart Bet, the 44-year-old revealed why he chose to dip into the tricky English Football League (EFL) Championship and the less fancied Icelandic league.

“It is a league I understand well, sometimes it is really unpredictable but I have experience in it because even in my last big win I had a number of games from Championship in my bet slip,”

“I also bet on the UEFA Champions League qualifiers and did some research on their previous performance, I also placed a bet on Icelandic teams which is a league I like so much because home teams rarely lose,” said Nyoike.

The father of three who is a welder in Naivasha Town that specializes in window panes, doors and gates had previously won Ksh.98,000 and Ksh 169,000 with Mozzart Bet, the latter being his biggest win before the recent windfall.

Nyoike opened up on why he has made Mozzart Bet his favorite gaming platform.

“I placed a huge amount not because I was confident of winning but in the event that I win, I never want to regret and say I wish I knew because that happened the last time I won Ksh.98,000,”

“I want to buy a car, land and invest into a business with the money that I have won” noted Nyoike.
This comes barely a week after one of the Mozzart Bet users walked away with the maximum payout of Ksh.10 million as Nyoike offered a piece of advice to gamblers after the start of all major European leagues.

“I like Mozzart because you get huge bonuses and every Monday when I log into my account I get some bonus. For those who are betting, I would advise them to focus on the top European league because they are now back and bet consistently because you know more about the form of a team and do a lot of research like injuries and form,” added Nyoike.