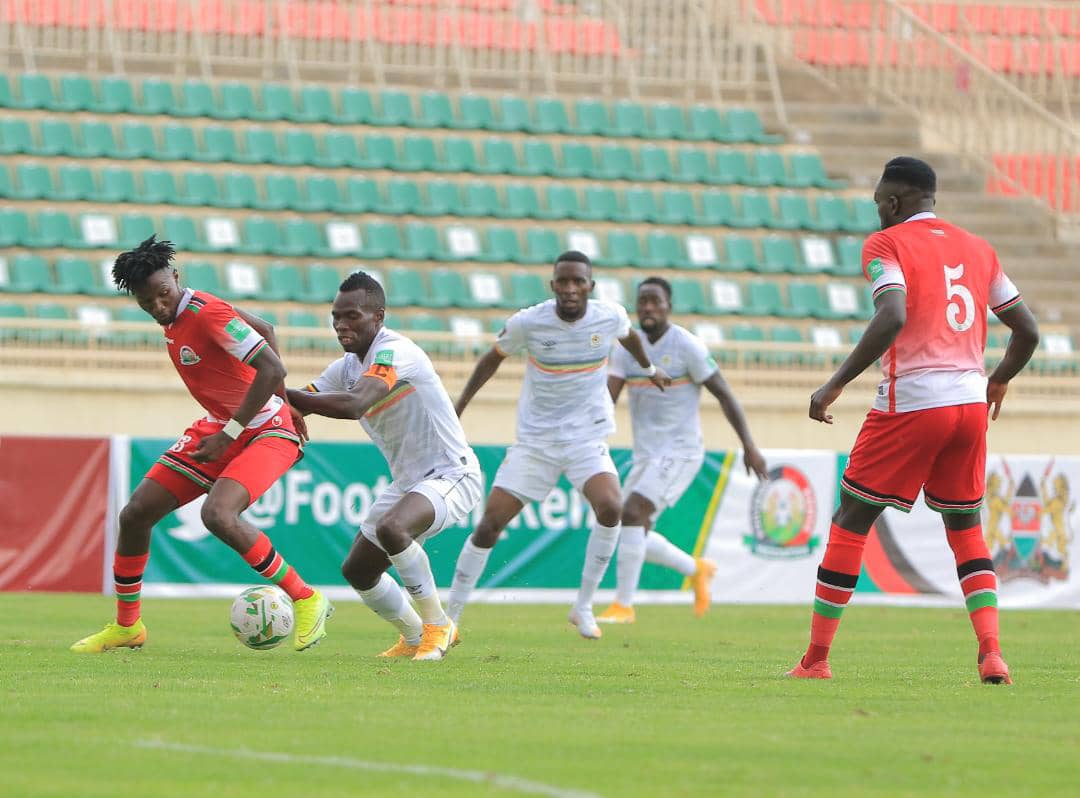 In the much-anticipated game held at Nairobi’s Nyayo Stadium, Kenya arrived in the game as favorites owing to their recent encounters with their neighbors and the earlier exchanges suggested that they were in for some serious business.

Also Read: How Uganda could line up against Kenya

Bandari FC’s Abdalla Hassan was the first to offer a real threat to the Ugandans in the fifth minute but when his header went wayward off-target; the player getting disappointed by himself as it was a perfect opportunity to open the goal scoring proceedings.

Michael Olunga, who was Kenya’s captain of the day, then went close with an effort but it was Richard Odada, who was making his debut for the national team who impressed the most. The Kenya U20 graduate was composed all through the game despite an early yellow card.

Stars boss Jacob Ghost Mulee was to make a tactical change in the first half by withdrawing Lawrence Juma for Eric Johanna but the changes yielded the same outcome as the home team struggled to penetrate the Uganda rearguard manned by former Gor Mahia man Khalid Aucho.

Uganda had their fair chances of the game but either of the keepers didn’t have any serious work to do in the game.

With the draw, Kenya and Uganda are now on one point each in Group E; two behind Mali who beat Rwanda 1-0 on Wednesday night. Kenya next Rwanda in Kigali with Uganda Cranes hosting Uganda in their next game.