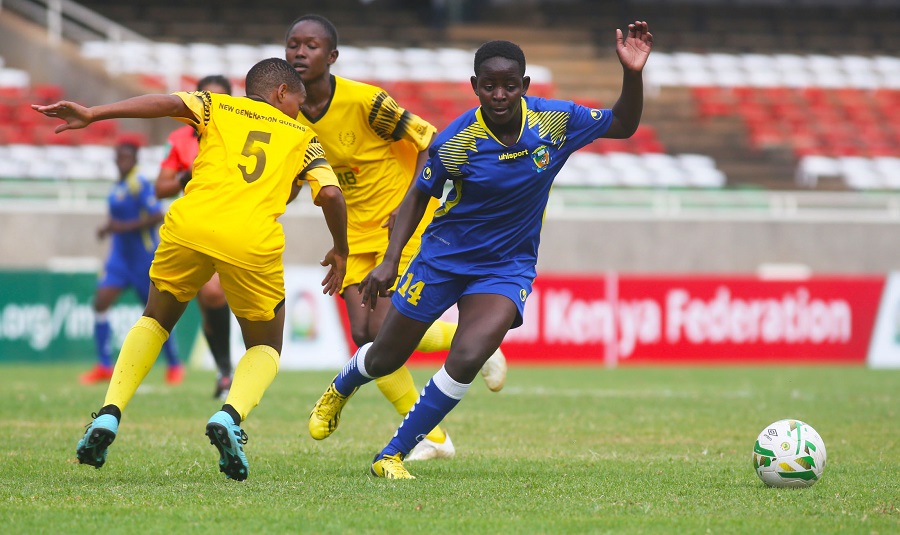 Vihiga Queens will be up against Tanzania’s Simba Queens in the semi-finals of the Women’s Champions League CECAFA Qualifiers.

This comes after the Kenyan side ran 8-0 winners over Zanzibar’s New Generation FC in a match played on Friday at the MISC Kasarani.

Harambee Starlets striker Gentrix Shikangwa bagged a hattrick in the game with the result seeing the hosts finish second in Group B behind Ethiopia’s CBE FC who beat South Sudan’s Yei JS 10-0 in the other final group game.

On the same day, Uganda’s Lady Doves beat PVP of Burundi 3-0 as Simba Queens thrashed FAD 10-0. The outing will now see CB come up against Lady Doves in the others semi finals set for Monday 6 September 2021.

The third-place playoff and final have been scheduled for Thursday, September 9, 2021, at the Nyayo National Stadium.

Both FAD and New Generation finished the tournament with no points as Yei and PVP managed three points each from their groups. CBE, led by Ethiopia international Loza Abera, is the only team to have not lost a game since the tournament started.

Esse Akida back in the country after Besiktas stint