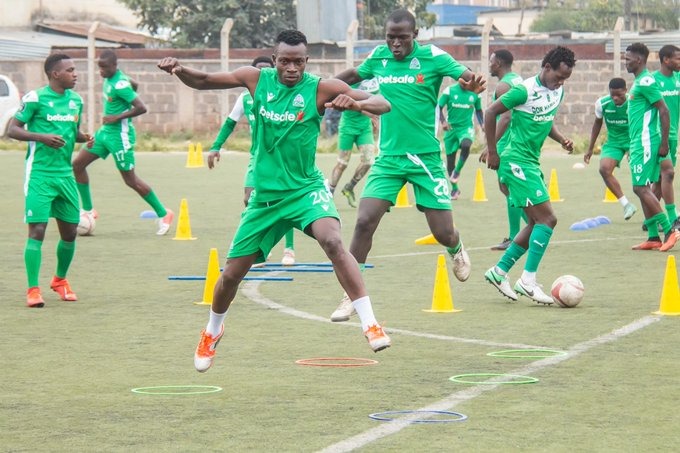 Gor Mahia midfielder John Macharia is upbeat ahead of their Super Cup against Tusker FC at Thika Stadium on Wednesday.

K’Ogalo has been in training for the past two weeks for the tie and according to Macharia, they were confident of bagging their first accolade this season.

“At Gor Mahia we are here to win every title that we participate in. We have been training well and this is a perfect opportunity to lay a marker as we go into the new season,” Macharia told Pepeta.

The midfielder however believes that their opponents have an upper hand in matters of fitness having already participated in the CAF Champions League prior to the tie.

“They (Tusker) have already participated in two competitive games so Id say they are fitter heading into the game but I want to believe that this will be a different tie all together. They are a good opponent with good players and that makes the tie even sweeter. Our aim is to win and with the preparations we have had, I know we will emerge victorious,” he added.

Pepeta has since learnt that the Green Army is already in camp ahead of the tie with the group having five new faces. The faces include Congolese striker Yangayay Sando, Malian keeper Adama Traore, Boniface Omondi, Dennis Nganga, Peter Lwasa and Joshua Onyango.