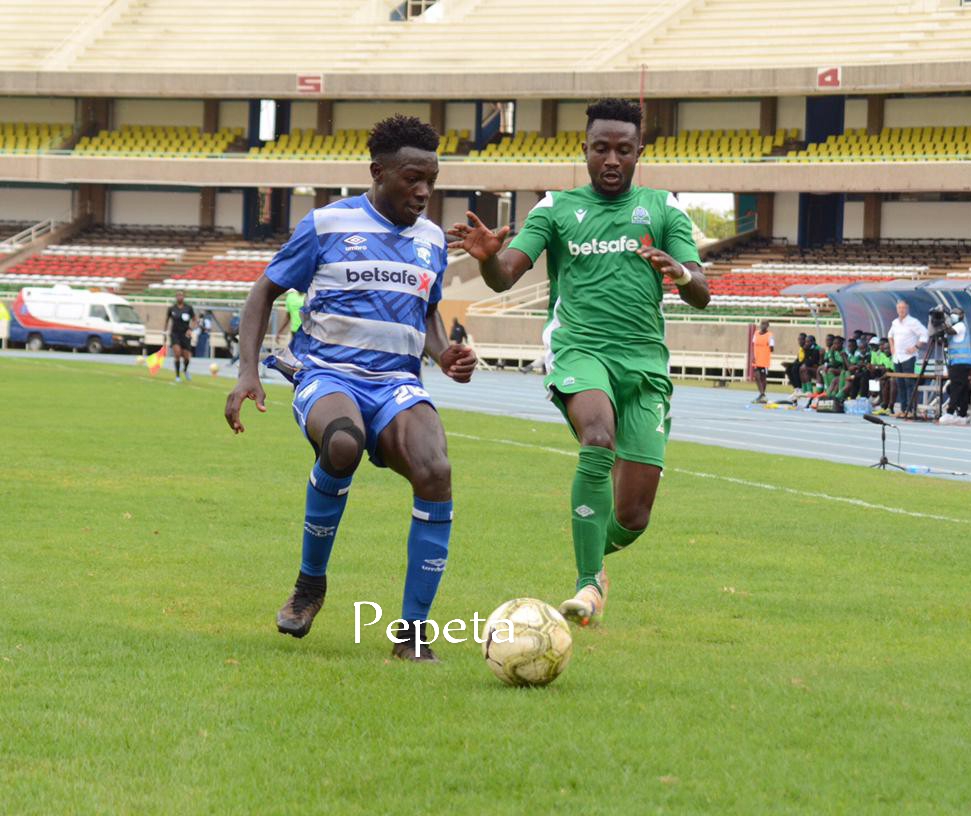 Boniface Omondi goal in the first half was all Gor Mahia needed to topple arch rivals AFC Leopards in the 90th Mashemeji Derby.

Gor came into the game on a back of a win against Al Ahly in the CAF Confederations Cup and wanted to make a statement against a Leopards side who is rebuilding after a mass exodus.

Also Read: Mashemeji Derby a yardstick of how FKFPL has fallen

In Gor team’s was former Leopards defender Yusuf Mainge who was making his debut against his former employers. with keeper Gad Mathews rested for Keita who just as Mainge was a new signing.

With Leopards keeping their opponents at bay, they were to to present Gor with a gift in the 27th minute when young keeper Maxwell Mulili blundered to gift Boniface Omondi with the easiest of goals he could have ever imagine of in a derby.

While Leopards tried to restore matters in the game through their substitute, they were not lucky to get the needed goal with the side in blue being lucky not to concede a goal late on after Samuel Onyango failed to tuck in an open chance with the goal at his mercy.

In the other games of the day, Posta Rangers shocked Bandari FC at Mbaraki with a 2-0 win on a day that newbies FC Talanta held KCB to a 1-1 draw. Mathare United who many thought would struggle this season had Danson Kago to thank as his brace saw them record a 2-1 win over Sofapaka.

Also Read: The playing soldier with a matching ethic

Nkata in as Gor Mahia name traveling team to Zambia