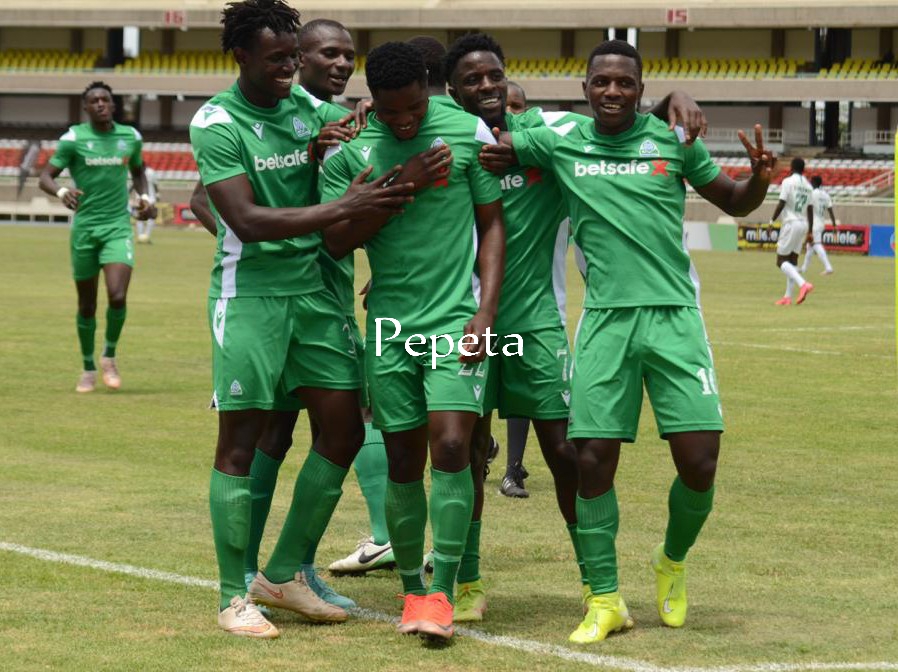 Peter Lwasa reminded Kariobangi Sharks of what they are missing by being among the goal scorers in Gor Mahia’s 2-0 win over the William Muluya side in a rescheduled Kenyan Premier League game staged on Wednesday afternoon.

Gor Mahia who came into the game after confirming their participation in the last qualifying stage of the CAF Confederations Cup had a different line up rom their last league game against AFC Leopards with regulars returning to the first team.

Also Read: Kenya to meet Uganda in second round

The likes of Harun Shakava, who has been linked with a move away, Philemon Otieno and John Ochieng were to give Gor the needed strength in their rearguard with Benson Omala tasked with leading the goal hunt in place of Jules Ulimwengu who was relegated to e bench.

Omala made sure his inclusion was not in vain as he gave the visitors a 12th minute lead after a blunder from the Sharks keeper.

While Sharks tried all they could to restore matters in an improved second half display, it was their former boy Peter Lwassa who made the points safe for Gor with a second goal deep in the game after another error from the opposing keeper.

The win sees Gor claim to second on the log with none points having lost no game in their first three games; the same number of points as City Stars who have played a game more.