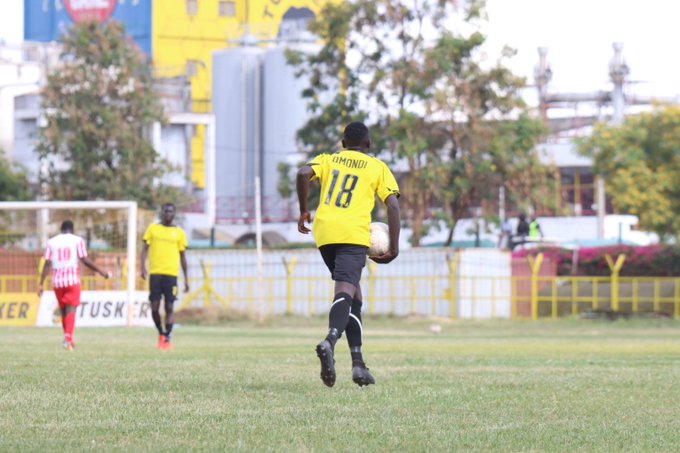 Talanta who had beaten Vihiga Bullets in their last league outing came to the game as underdogs but that didn’t deter them from giving out a display that matched the mojo of their coach Ken Kenyatta who was previously in the top flight with Ushuru FC.

With Tusker having been demoted to the CAF Confederations Cup where they are slated to take on Tunisia’s CS Sfaxien in the PlayOff round, coach Robert Matano knew that they had to win the game if he was to have the needed morale booster for his side heading to the tough test.

The brewers had lost their opening day game against AFC Leopards and in their bid to make amends found themselves behind after just ten minutes when Kahiro pounced on a loose ball in the area following a delivery from Evans Maliachi to put the visitors into the lead; a lead they were to preserve until the half time break.

Sensing danger, coach Matano was to make a triple substitution five minutes after resumption by throwing in Shami Kibwana, Kepha Okoth and Boniface Muchiri for Stewart Omondi, Rodgers Aloro, and John Njuguna. The changes seem to have had an impact as Tusker drew leveled five minutes later when John Macharia tapped in from close range.

Kahiro however had other plans as he regained Talanta’s lead two minutes after the hour mark and despite late pressure from the hosts, the newbies held on for their second win of the season- a result that sees them rise to fifth on the log.

Tusker remains rooted at the bottom of the log being the only team yet to register a point this season after two games. Matano will be hoping for a change of fortunes when they take on Wazito FC this Saturday with Talanta scheduled to face Bandari in Mbaraki.

Also Read: Kenya to meet Uganda in the second round