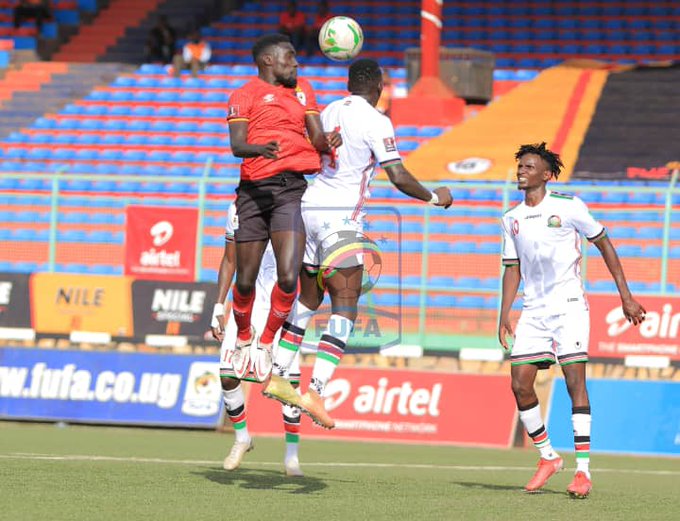 David ‘Cheche’ Ochieng has hailed Mathare United and Posta Rangers for his recall back to the national team.

Ochieng was one of the players who had been drafted in for Harambee Stars final Qualifying games against Uganda and Rwanda after Joash Onyango and Brian Mandela failed to turn up with the Rangers man featuring in both games.

Also Read: At the crossroads, dialogue must reign supreme

After a long time out, Ochieng returned to active football last season with Mathare United where he helped them survive relegation before moving to Posta Rangers this season where he has had a solid start; the player saying his efforts in the two teams was a major factor in his national team return.

“I felt happy and proud to be called back again. Any footballer who is active is always happy to be called to the National team let alone play. I’m just glad that the hard work from Mathare (United) to Posta (Rangers) did not go unnoticed,” Ochieng told Pepeta. 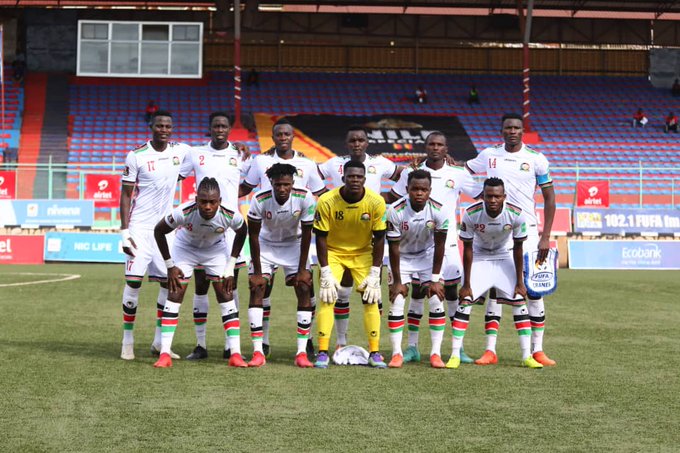 Cheche (standing third from right) parades for a photo session with the ret of Harambee Stars team before their match against Uganda last week.

While he was back in the team, there was a lot going on outside the football pitch with the arrest of Federation President Nick Mwendwa being the topmost occurrence something Ochieng says was handled well with the leaders in the team.

“The mood was right because we almost won in Uganda, but after the arrest of Nick (Mwendwa) we were not sure if the game (against Rwanda) would be played but we had a strong group too led by Olunga (Michael) and the coach because we had a lot of young players in the team,” Ochieng added.

Ochieng further added that the two-week break in the league brought about by the caretaker committee would affect him as a player who wants to be out each weekend with Rangers having been slated to take on his former employers Mathare United this weekend.