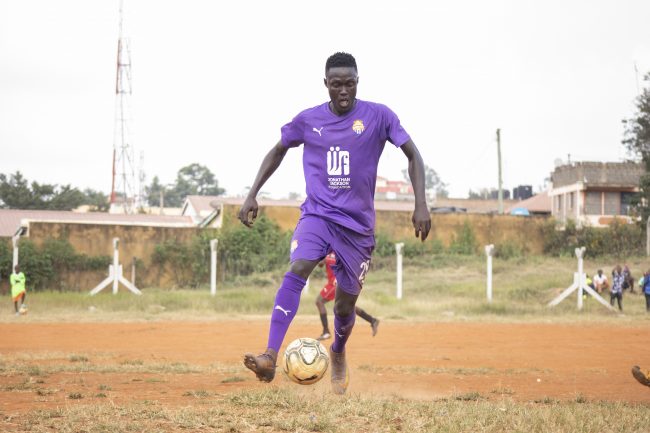 The striker who was in his second stint with the club has been at the club since 2019; his first arrival at the club came in 2014.

In a statement, City Stars CEO Patrick Korir noted: “Nairobi City Stars announces that it has reached an agreement for the consensual termination of the contract with striker Ebrima Sanneh.

“Simba wa Nairobi would like to thank Sanneh for his extraordinary goal prowess, in top-scoring to lead us to promotion to the Premier league in 2020, and for all his 32 goals across two stints. Sanneh will forever remain firmly etched in the history of Nairobi City Stars.

“Sanneh is an excellent professional, who contributed immensely to the club since he joined in July 2014. We will forever recall his 11 goals in his first full season in 2015, including a goal in the season-ender against Sony that saved the club from relegation.

“We wish him all the best in his future endeavors.”

With a total of 32 goals in all competitions, Sanneh leaves City Stars as the third best scorer behind Justus Basweti and Francis Thairu.