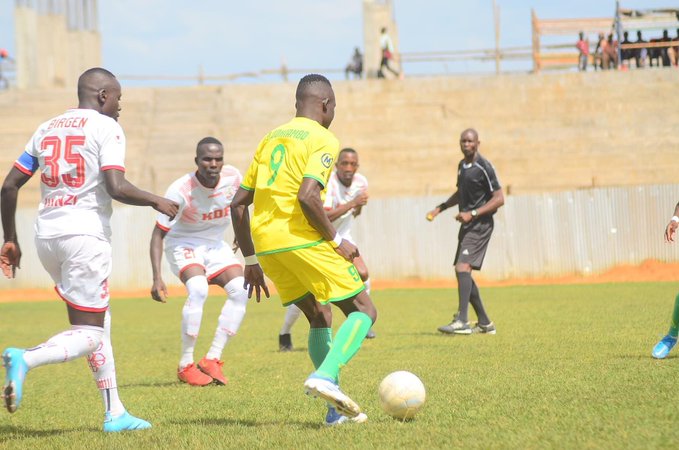 Ulinzi Stars were beaten 4-0 by Kakamega Homeboyz as the Kenyan Premier League returned on Saturday 2 April 2022.

Homeboyz who has been one of the favorite teams to win the title this season opened the scoring proceedings in the 21st minute; a goal that was to separate both sides heading to the halftime break.

David Okoth then helped himself to a double in the 58th and 72nd minute with substitute Chris Masinza ensuring that there wasn’t any thought of a comeback from their opponents with a fourth goal four minutes from time.

The win saw Homeboyz open the gap at the top of the table to ten points after Tusker FC were held to a 1-1 draw by KCB on the same day. Derrick Otanga had given the bankers a 14th-minute lead and when they thought the points were safely home, Stewart Omondi was to flick a Daniel Sakari long throw for a share of spoils.

Other games of the day saw Gor Mahia continue their dominance over WWazito FC with a 2-1 win. George Odhiambo’s opener for Gor Mahia was canceled less than a minute later by James Kinyanjui but substitute Parmenas Ochola on them the entire points after Wazito had played the last ten minutes with a man less following the sending off of Rooney Onyango.

Earlier on, Bandari FC three game-winning run was put to a stop by City Stars who beat them 2-1 at Ruaraka.

Banking on hope: Why KCB’s season has been a success thus far