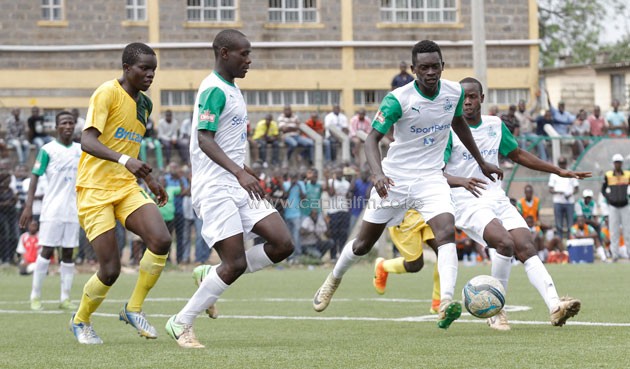 Gor Mahia beat Sofapaka 3-1 to finish third in the 2016 December edition of the KPL U-20 tournament.

Gor had been denied a final berth by eventual winners Mathare United who beat them by the same scoreline in the semi-finals. The youthful Gor side, coached by Maurice Onyango, was captained by Amos Nondi, who at that time had tested first-team football with the senior side.

Nondi was to move to Georgia the next year where he was signed by Kolkheti Poti but just took a year in the team before moving to Dila Gori where he stays to date. He has been a mainstay player for the team raking over 100 games for the club where his efforts were rewarded by a national team call-up the last time Harambee Stars convened for a clash.

Apart from Nondi, another successful story was defensive midfielder Teddy Osok who currently plays for Tusker FC. While still in the books of Gor Mahia Youth team, he had been loaned out to Sofapaka and Wazito FC to gain the much-needed experience and when he thought his opportunities of representing the Gor Mahia senior team were small, he moved to Zambia with Kitwe United before returning to the country with Tusker.

Other players who made the ranks at the team include midfielder Chris Alfa and Caleb Omondi who are currently important players on the club’s senior team.

After shining with Kakamega High School, Kevington Machika was to move to Kariobangi Sharks in his first season in the Kenyan top flight before falling back to Kisumu Allstars to regain his confidence before landing at FC Talanta where he currently plies his trade.

Others who chose other paths include the talented Achieng Kevin better known as Lule by his peers who are said to have ventured into business, Otieno Stephen who ventured into coaching and is part of the Youth team technical bench and Davies Odongo who is a coach at Pro Soccer academy.

Tuyisenge out as Rwanda name team for Cameroon, Mozambique ties