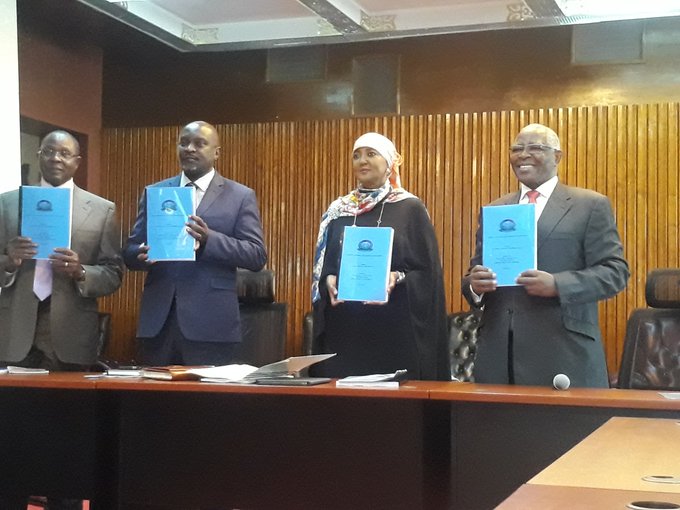 The Football Kenya Federation Caretaker Committee has given their recommendation as they six months mandate to oversee the running of all football activities in the country comes to a close.

Led by Judge Aaron Ringera, the group met Sports Cabinet Secretary Ambassador Amina Mohammed on Tuesday to hand the documents which had a series of recommendations despite not leaving after elections as earlier stipulated.

The report includes the amendment of the FKF constitution with a recommendation to hand the Kenyan Premier League to a Limited company.

The chaos between the committee and the former Federation is threatening to derail Harambee Stars’ participation in the 2023 African Cup of Nations Qualifiers where Kenya has been placed in the same group as Cameroon, Burundi, and Namibia.

11. That the appointments of Coaches, technical persons, and match officials be on clear contract terms.

Maurice Sunguti: From the Pulpit to troubling defenders