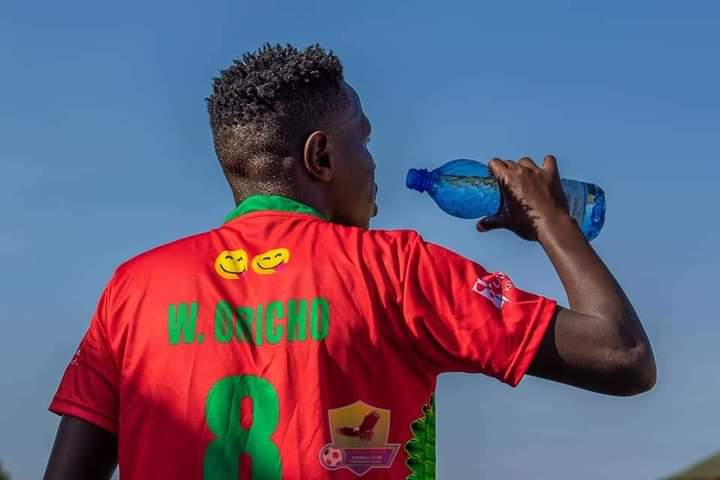 Former Chemelil Sugar FC midfielder William Oricho is ready to return to the Kenyan Premier League after a stint with Division One side Gogo Boys.

Oricho was one of the outstanding performers for the sugar belt side before financial constraints saw them get relegated in 2020; the team getting disbanded months later after the relegation setback.

At Chemelil, Oricho’s exploits had seen him get linked with a series of clubs and Wazito FC almost acquired his services before a nasty injury rocked the move but according to the player, there are teams that have asked for his services.

“I want to return to the top flight next season because there are a few teams who have asked for my services. I believe it’s the level each player to look to feature in and I hope I can make a sober decision as to why I will be going to,” the player told Pepeta.

The player will be moving as a free agent after being part of Gogo Boys for a season after signing a one-year deal with the Kibra-based side at the start of 2021/22. While his dream was to see his side get promoted to the National Super League, the dream hasn’t been realized and the player is now looking for a decent finish with five games left.

“Gogo has been good to me because I have played consistently all through the season. I was confident we could earn promotion to the NSL when I signed but that hasn’t happened; the dream now is to ensure that we finish strongly in the remaining ties,” he added.

Apart from Chemelil and Gogo, Oricho has previously featured for Vihiga United.