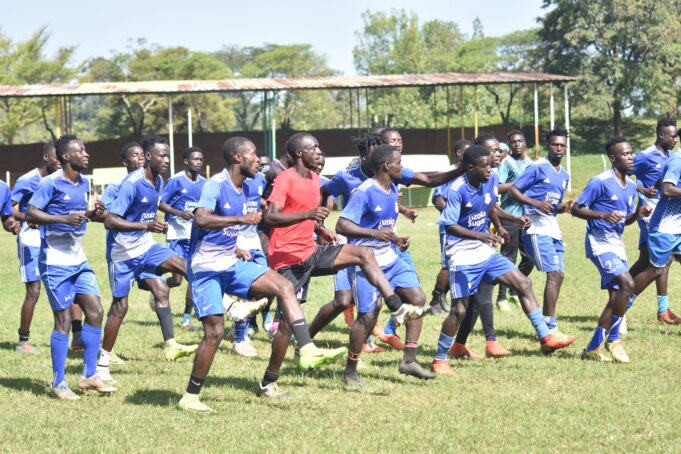 Kenyan Premier League side Nzoia Sugar FC are ready for the new season after roping in a number of new players in their ranks.

According to assistant coach Peter Gin Juma, the team has been preparing for the better part of the year for the new campaign and feels that they are ready to better last season’s performance where they missed relegation by a whisker.

“We did badly last season due to a few challenges but with the new faces in the team, I know we will be better. The good thing is we haven’t lost many players as previously and believe that the cohesion can only get better with the new faces,” he told Pepeta.

Asked if the uncertainty surrounding the start of the league affected their preparations, Juma noted admitted that he couldn’t complain a lot since almost all their friendlies have been played at home.

“We are not at par financially with a lot of clubs in the league so our preparations have been on our home ground. We have barely traveled in the preps and I think that has helped us budget-wise. We would have liked to travel and play games away from home but that hasn’t been the same. Ours has been to change the preparations schedule according to news from the top football management. Im sure that when the league finally kicks off, we will be ready to compete,” Juma added.

The players come in to replace Boaz Opiyo, Tyson Kapchanga, Collins Wakhungu, James Kibande, and Ken Wasike who have since left the club.