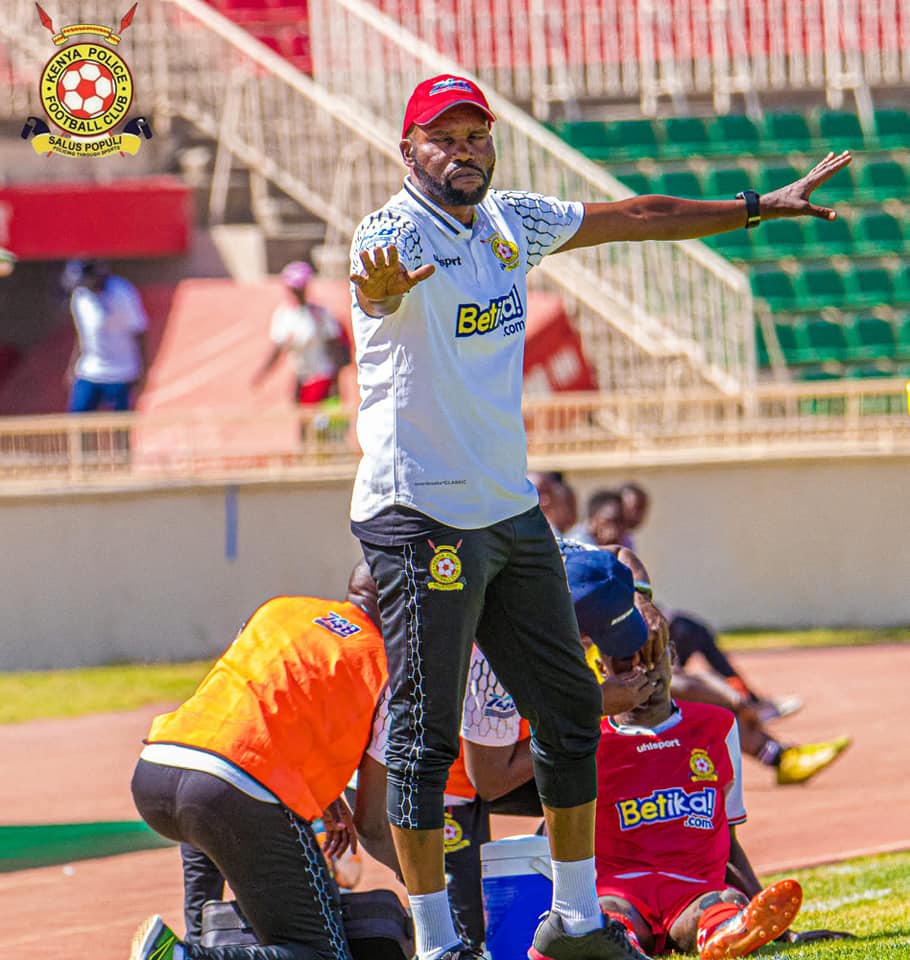 Just like his Tusker FC side of 2011, head coach Sammy ‘Pamzo’ Omollo believes his current Police FC side is capable of lifting the Kenyan Premier League trophy in the new 2022/23 season.

Having replaced Bobby Ogola as the side’s head coach in March last year, Omolo believes that he has had a perfect time to know his players with the prolonged preseason season preps being a blessing in disguise as it helped with the team’s understanding.

“I came here last season when the league was already on so didn’t have time to know all my players as I wanted to maintain the backbone that had been doing well with my predecessor. With this long break, I have been able to know better the players I found here and the new ones we have signed. I believe I have a good mixture of youth and experience and I can confidently say that this group will be challenging for the title,” Omollo told Pepeta.

Omolo who is a league winner with Tusker FC says his current side mirrors the Tusker side he led to the Kenyan Premier League title in 2011 and there is no reason why they should go all the way in the season.

“I see a lot of similarities between that Tusker side and this team (Police FC). Currently, I think the teams that are strong are Tusker FC with Matano and KCB under Zico 9Zedekiah Otieno). They have made some good signings and maintained the core of their teams. Homeboyz (Kakamega) have lost some good players but are a good side. We can’t forget the two community clubs (Gor Mahia and AFC Leopards) with their followers. I feel that those are the teams plus us who will be gunning for the title though its an early call,” he added.

Police begin their title quest against KCB on Sunday 20, November at Kasarani Annex from 3 pm.

Also Read: Gor Mahia ready for Nzoia test; to challenge for the title

Muguna speaks after being stripped off of the captaincy