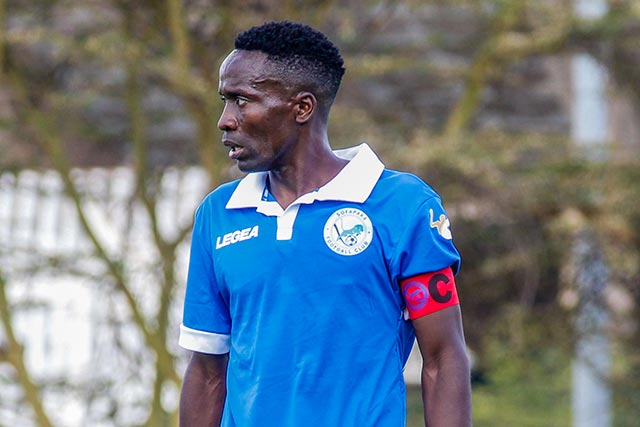 2009 Kenyan Premier League champions will be opening the new 2022/23 with a new captain in Titus Achesa.

One of the longest-serving players in the squad takes over the leadership mantle from midfielder Lawrence Juma who moved to Rwandese side AS Kigali with his first being to resurrect the fortune of a club he considers a ‘sleeping giant’.

In an interview with Pepeta, Achesa lays bare his dreams with the David Ouma-coached side as they begin their campaign against Bandari FC in Mbaraki this Sunday.

“Being tasked with the captaincy role in such a club isn’t something I take for granted. It is a huge responsibility but one I have taken in with a lot of pride. Sofapaka is a sleeping giant and my task is to ensure that we bring the glory days back to the club starting with heading back to continental assignments,” he said.

On their first match against Bandari, he added: “Our matches over the past seasons have been a close call and I know this one won’t be different either. They are a good side but I believe we have had a good time of preparation and we are going to emerge victors in the tie. It’s important that we start the season with  a win.”